Rage also features RPG-like exploration and item gathering, albeit much more simple than the kind of gameplay found in Fallout 3 or Oblivion. On your travels you’ll accumulate all manner of items which can then be engineered using the inventory menus.

Again, there’s no real explanation as to why your character can do all this stuff - he just can. Plans for various devices – remote bomb cars, EMP grenades, sentry bots, smart ammo – can be bought or discovered, allowing you to customise your own armoury. 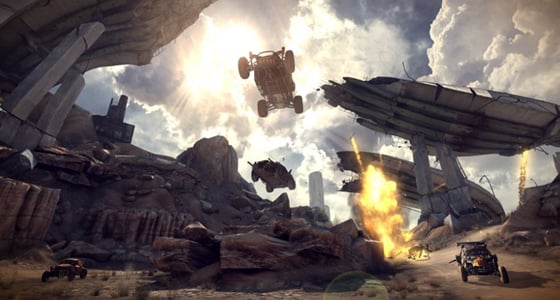 There’s a job system too. Indeed, nearly all the missions you undertake are basically commissions from the game’s main characters. Secondary missions are also available if you talk to everybody and read the notice boards. Many of them will see you revisiting an area you have already explored, taking on similar foes and completing similar objectives: find remains, find evidence, or simply kill all hostiles.

Irrespective of missions, it’s also possible to simply go for a cruise in the Wastelands, all in your car.

Your car is one actually one of your most important tools, not only for tracking across the vast expanses but also to protect you from marauding bandits. Weapons such as rockets and machine guns can all be attached to your auto in true Mad Max style. Your car can also be entered into races - fun in single-player mode and half of the online mode. 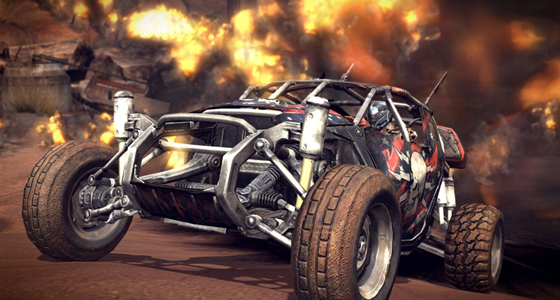 This part of the game is all buggy

It will be interesting to see how Rage does online but, with id adamant that it didn’t want to rehash Quake’s multiplayer arenas, the racetrack is the only place where competitive deathmatching can be found.

The other half of multiplayer, the “Wastelands Legends” mode, consists of a collection of co-op missions for two players - online or split-screen - all of which flesh out a storyline hinted at by the game’s main characters – the origins of the Mutant Bash TV game show, for example.

Multi-kill, headshots, etc accrue each player points which provide some competition between gamers, while the ability to revive each other brings an element of team spirit. Again, a brave approach to the online structure of the game, and one which proves mildly diverting - providing your teammate is playing the right way. 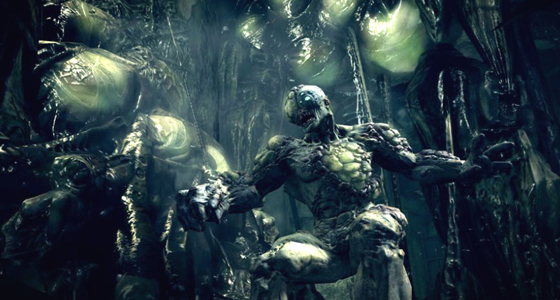 An FPS with RPG tendencies, held together with amazing sound, gorgeous visuals - yes, even on the Xbox 360 - and a racing mode which diverts though never quite convinces.

Hardcore RPG fans won’t think much of the exploration aspect: wandering blindly into the desert rarely yields rewards, missions are linear - despite attempting to create the illusion of being multi-pathed - and the game is relatively brief at 12 hours to top the game, though completing all the extras will take longer.

FPS fans should, however, appreciate what id has done, the array of weaponry and quick-use items providing combat options which dwarf those found in most shooters.

I began my foray into Rage’s Wastelands asking what my motivation was and after seeing the sights, getting dust on my boots and mutant blood all over my car’s paintwork, I did emerge more convinced. Even if, like a vacuous but gorgeous blonde, the attraction is largely skin deep. ®

A trip through the Wastelands with mutants and cannibals. Best take a shotgun then... Available on Xbox 360 (tested), PlayStation 3 and PC.
Price: £35-50 RRP
More Info: The official website
Page:
Tips and corrections
30 Comments