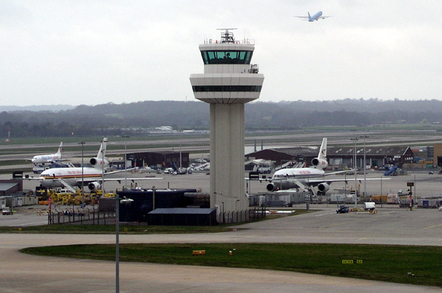 A switch formerly used by the UK's air-traffic service which still held networking configurations and passwords has been sold on eBay, raising security concerns.

The £20 Cisco Catalyst switch was bought by security consultant Michael Kemp, co-founder at Xiphos Research Labs, who quickly discovered that it has been used at the National Air Traffic Services (NATS) centre in Prestwick. Data on the switch included supervisor credentials, internal VLAN and other networking configurations and upstream switch addresses as well as domains, gateways and syslogs.

"For twenty quid, I have got full switching details (and creds) for a switch that was in use two years ago to help keep planes in the air at Prestwick," Kemp explained. "Obviously this is a security fail, especially as the seller had 13 of the units that may well have come from the same estate."

"Practical consequences are hard to call," Kemp explained. "But we have full details of their internal VLAN estate, SNMP community strings (read and write, named after aircraft funnily enough), some idea about password composition, VTP Trunk info and password, and details of upstream switching.

"Basically what that means is that we could wander up to Prestwick, slot in our own switch (with no outside, adult help) and control all traffic that was switched over it."

"It's bloody unlikely, but the configs in question basically give us a lot of data," Kemp concluded.

The problem wouldn't have arisen if the configuration data on the Cisco switches, which is stored in flash memory, was purged prior to the sale. "It should be standard practice to overwrite all such data prior to appliances going out into the wild," Kemp commented.

A NATS spokesman downplayed the significance of the breach, telling Channel 4 News that the data contained on the switch "in no way formed part of air traffic control operations".

In a statement, NATS told Channel 4 News: "We have a contract with a specialist firm to handle the secure destruction and disposal of our equipment. We are investigating with them why equipment that we have a destruction certificate for was subsequently sold online.

"As soon as Mr Kemp alerted us to what he had found on the switch – which had been used only in non-operational and non-safety critical systems – we ensured that the integrity of our business systems was further enhanced. At no time were those business systems at risk.

"This equipment does not form part of our operational air traffic control systems."

The switch bought by Kemp was part of a batch of 13. A NATS spokesman told Channel 4 News that unspecified actions taken since the breach came to light "negate anything on those switches". Hopefully that means that air traffic control has changed its passwords and settings, hopefully to something more secure, as well as reviewing its kit disposal policies.

Kemp highlighted the incident as part of a presentation on critical national infrastructure protection at the GrrCon conference in Michigan earlier this month, entitled When I Grow Up I want to be a Cyberterrorist. Kemp bought the Cisco switch because he needed it to help run the network at his office rather than as part of a targeted research project looking at what pieces of interesting information might have been left on secondhand networking kit.

"Before installation I noticed the NATS label on the back, and thus investigated further," Kemp explained. "It wasn't bought to be reviewed, it was bought to be used but the universe dropped it in my lap." ®

The security risks created by auctioning off secondhand PCs without wiping computer disks first are well documented. eBayed networking kit poses similar but less well publicised risks. Previous examples include an auctioned secondhand piece of networking kit that automatically connected to the internal network of Kirklees Council in Yorkshire, an issue that cropped up in 2009.