One bright student has decided to merge his love of videogames with the task of laundry, creating a hybrid machine that puts a new spin on household chores.

Kingston University design student Lee Wei Chen realises playing videogames is far from productive. So in order to get kids helping around the house, he came up with this idea: a washing machine that doubles up as an arcade-style games console, DesignWeek reports. 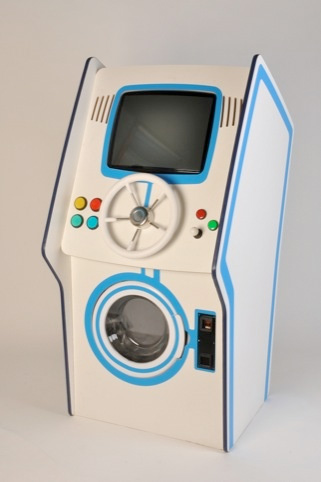 The two are intertwined, with the washing cycle set according to how well the game is played, the 27-year-old designer suggested. Those with a lack of skills might be there for a while, dropping endless coins in a bid to keep their clothes going round.

The amusement washing machine is on show with other concepts at the London Design Festival at Tent, the Truman Brewery from 22-25 September. ®