AMD has beefed up its low-end lines of its Fusion CPU/GPU-combo processors, parts that the company insists on calling "accelerated processing units", or APUs. 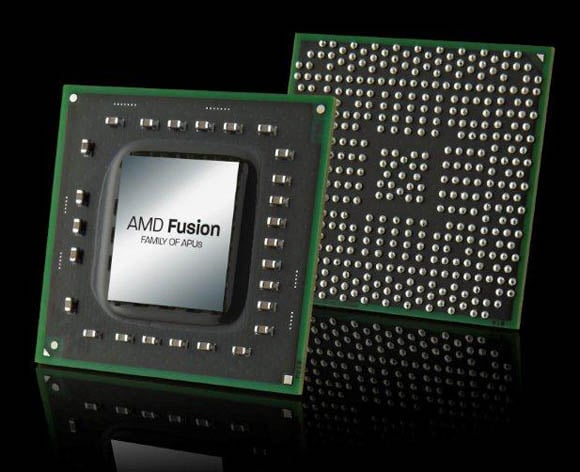 The entry-level products to which Cloran was referring are AMD's E-Series and C-Series APUs, formerly known during their development as "Zacate" and "Ontario", respectively.

The new APUs are all at the low-wattage end of AMD's APU offerings. At an 18W TDP for the E-Series and a mere 9W for the C-Series, they're designed for netbooks (remember them?), ultrathin and "value" notebooks, and desktop units with usage models that don't require APUs from AMD's more muscular A-Series, which didn't receive an upgrade on Monday.

In addition, the E-450 has snappier DDR3 1333 memory, both E-Series parts have HDMI 1.4a support for 3D images and video – on 3D-capable displays and TVs, of course – and all three include support for the MPEG-4 Part 2 Video Decoder, along with DisplayPort ++, which makes it easier for EOMs to simplify video ports by routing multiple signal types through the DisplayPort connector.

Finally, AMD claims improved battery life – up to 12 hours on the C-60 and over 10.5 hours on the E-450. View those figures with some caution, however, since they're measured on AMD platforms running the Windows Idle test. Still, battery life is improved from earlier E-Series and C-Series APUs, AMD says. ®