Review Microsoft’s Summer of Arcade has become something of an institution these last few years, ushering in the release of some of the best seen download-only games yet seen; the likes of Limbo, Braid, Shadow Complex and last week’s Bastion to name but a few. Up next is From Dust, a release with a pedigree all of its own in the gaming world, having been developed by none other than Eric Chahi, lead developer of the seminal Another World, which wowed the games-buying public back in 1991. 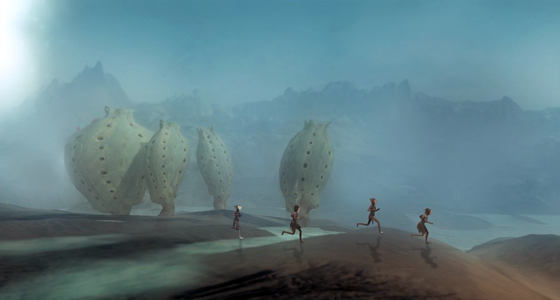 The hills have mites

While Chahi has been out of the games industry for a while, his return signals a return to what made his earlier games special: minimalist gameplay and beautifully realised visuals. Yet, where From Dust departs from his previous projects is in its genre. This is no side-scrolling adventure, but rather an evolution of the god sim in which players become the ‘breath’, a primordial force with the power to shape the Earth and so aid its inhabitants.

Like Populus before it, From Dust’s challenge revolves around arranging the land so it can be safely settled by your tribe. Unlike Peter Molyneux’s classic however, today’s technology – coupled with some clever programming – allows for the compositions of some truly breathtaking landscapes to be created, moulded and changed in real-time. 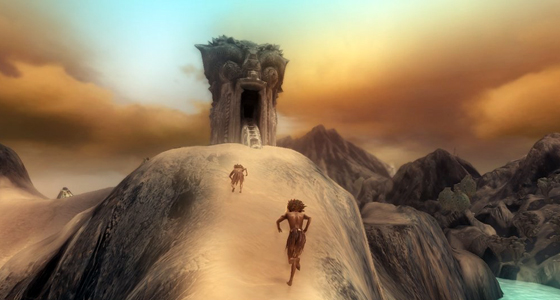 It’s this graphical prowess which lifts From Dust to the levels of the aforementioned Summer of Arcade games, for without such a fluid physics engine, the limitations of the game’s structure might be even more obvious. However, and happily, the power to alter the path of mighty rivers, to build sea walls able to withstand tsunamis and to redirect the flow of lava away from your tribes-peoples’ villages proves an adequate distraction, truly putting the God into god sim.

As already covered, your ethereal representation in the game is the ‘breath’, a divine force able to pick up certain amounts of sand, water, lava and trees before re-depositing them elsewhere. Once the relevant artefacts have been captured, this same force can also perform miracles, such as turning water into pliable jelly, or facilitating the rate at which water evaporates from an area. 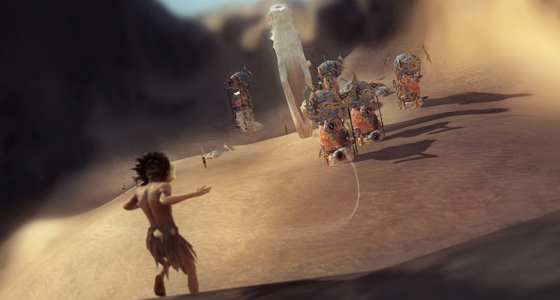 Beginning the game as a weak deity with just a handful of worshippers, your early exploits are solely from the ‘minor’ miracles shelf. With most missions consisting of carving out simple paths to various totems – points at which villages must be built before a portal to the next land will open. Your early exploits will revolve around the whimsical contruction of land bridges, or the building of walls from cooling lava. It’s genuine food for the soul, as you get in tune with the game’s rhythmic ebb and flow.

Next page: What makes you tick..
Page:
Tips and corrections
15 Comments