The phone maker promised the much sought after upgrade back in March, saying the software would arrive "late Q2/early Q3". Later, it revised that timeframe to early August.

But we're still in late July, and here's Gingerbread. 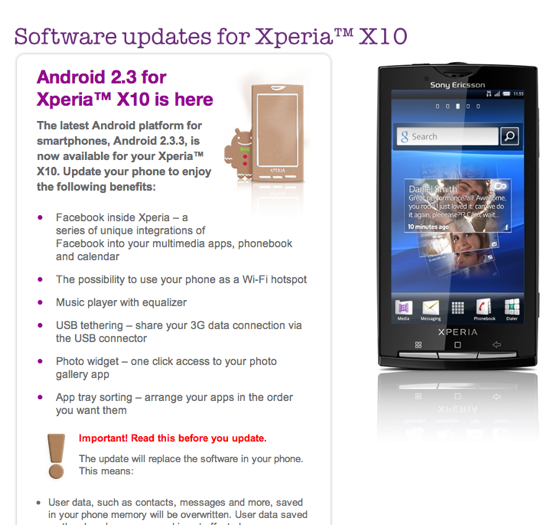 According to SE, the new OS bring to the X10: "Facebook inside Xperia, a series of unique integrations of Facebook into your multimedia apps, phonebook and calendar; the possibility to use your phone as a Wi-Fi hotspot; USB tethering, share your 3G data connection via the USB connector; Photo widget, one click access to your photo gallery app; and App tray sorting: arrange your apps in the order you want them."