Antique Code Show 1994 could never be called a dull year but after packing away my ailing Mega Drive and putting on my finest stripy jumper for Kurt Cobain’s funeral, I needed to be diverted by a great game. Quite fittingly UFO: Enemy Unknown aka X-COM came along just as OJ’s white Bronco was trying for orbit. 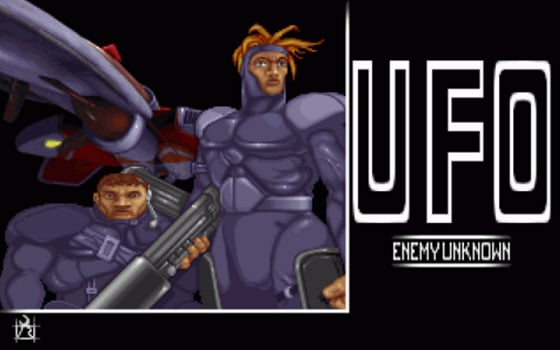 UFO: Enemy Unknown appeared under the guise of X-COM: UFO Defense in the US

This tactical turn-based strategy game (TBSG) is all about combat but it is also a lot more than that: take down that UFO, send in a squad to take care of any aliens and snatch some new technology to outwit them later on. Sounds simple, eh? 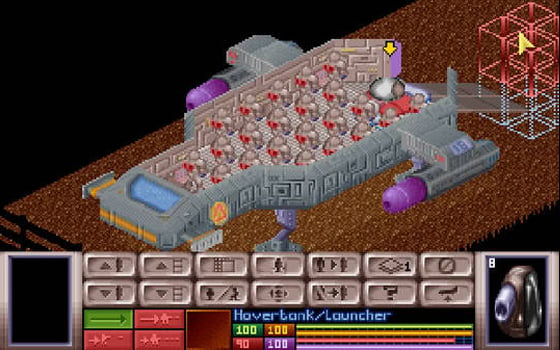 TBSG is where the action is

I start the game with basic earth equipment and I am given the opportunity to select where to build my first base, I only get eight so I need to make sure I get a good location for my first. My base comes with a radar station, research facilities and three hangars; two for intercept craft and one for a troop plane. After the latest Euromillions payout, the 5 million cash stash I have isn’t that much these days, but it’s enough to get me started. I get a handful of scientists and troops and it’s off on my big grey bug hunt. 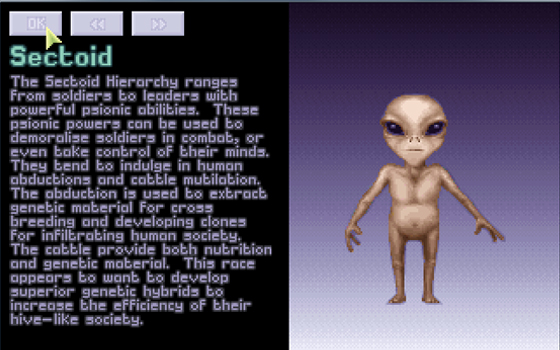 A clock is running even as I start the game and I have to into jump into action researching better equipment with which to battle those troublesome extra-terrestrials. I know it’s not long till I can break out the lasers and get rid of my standard ballistic old school weapons. But first I have to capture the alien technology. I can allocate how many scientists to assign to a single project. Naturally, the more geeks you have working on something, the quicker it gets done. This also applies to producing weapons too – more engineers mean more armaments being created. 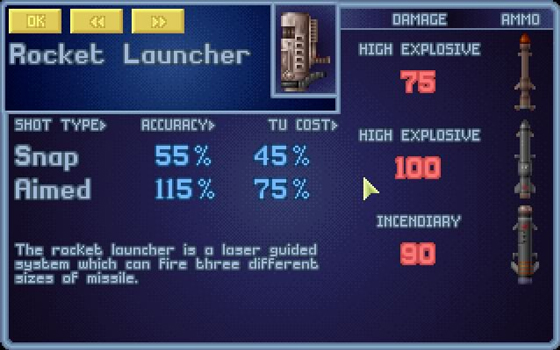 I can decide how long I have to manage I various tasks by selecting a specific time interval ranging from five seconds to an hour. During the waiting process, whenever something happens like a UFO sighting, I get a notification and can change the intervals accordingly. UFO sightings, as the title of this game would suggest, are another emphasis of this game and, if I have managed my resources correctly, I can intercept them with one of my twinked-out fighters.

Once I have shot them down, I send a troop carrier for a snoop at the crash site. This is where the game becomes turn based, with each member of my team controllable. Each grunt has a number of action points with which to move, shoot and pick up items. However, that’s not all I can use the points for, with a host of skills/talents to buy that make troops more individual. 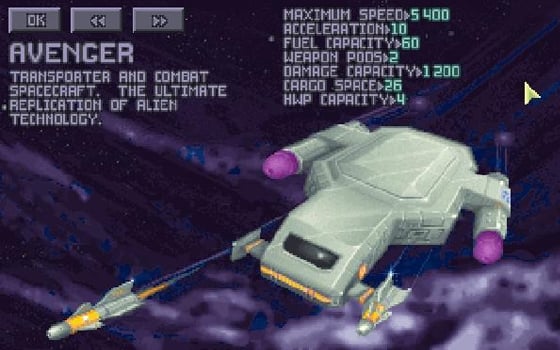 When these points run out I need to switch troops until they are all out of steam. Then it’s the Martians turn and I can't see any of their moves unless they come into my line of sight. But I always make sure to keep a couple of my guys on overwatch or it can very quickly be game over. When I off the last alien, my turn takes me back to my base where I can view the damage and the goods I picked up from the crash site. Time to use that alien technology to invent gear advanced enough to take the conflict to them. 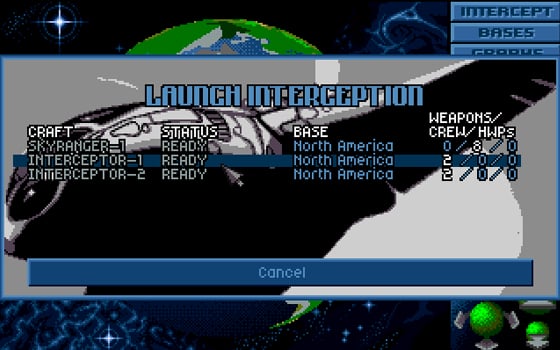 As I remember, UFO established a cult following and it’s no surprise because of it’s depth and how much stuff it gets right. The management part of the game – where I invent and produce my own equipment – is innovative with enough new items being available to keep me absorbed. The combat aspect of the game is exciting because of the need for strategy to defeat aliens without taking too much damage yourself.

X-COM: Enemy Unknown expanded into a series with better looking graphics, yet none of these subsequent releases really captured my imagination as much as the original. I couldn’t complete this review without a nod to Fallout 2 and Jagged Alliance 2, both which tried to recapture my enthusiasm for TBSG.

XCOM is making its return this year, but it worries me that it’s following the example of the Fallout series and adding to the vast number of FPS’s on the shelf, and lets face it, if it’s not CoDMW3 or BF3 who gives a monkey’s? ®

Developer MicroProse/Mythos Games
Year of release 1994
More Info X-COM for PC and other platforms can be found on Amazon and eBay for prices ranging from less than £10 to silly money for collectible editions. Information on the new version due to be released on 6 March 2012 is available on the 2K Games XCOM site.