Honeycomb goodness for all

Acer's Android 3.1 Honeycomb update for its 10in Iconia Tab A500 tablet has leaked out ahead of schedule.

Originally expected to debut in a week or so, the update file was this weekend spotted on an Acer server in China, downloaded, uploaded elsewhere, and tinkered with to create custom ROMs. 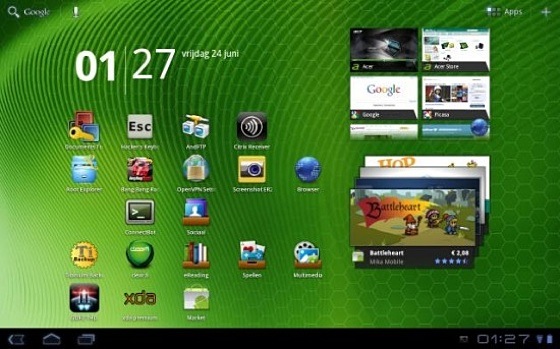 The cat is well and truly out of the bag.

Although aimed at Chinese users, the update is multi-lingual, and brings to the tablet features seen on Motorola's Xoom and Asus' Eee Pad Transformer. ®