It relies on programme metadata being correct and it can occasionally get confused as to what is new or not. You can refine Series Links to ignore repeats and save disk space, though by doing so, the box could inadvertently miss a fresh episode. 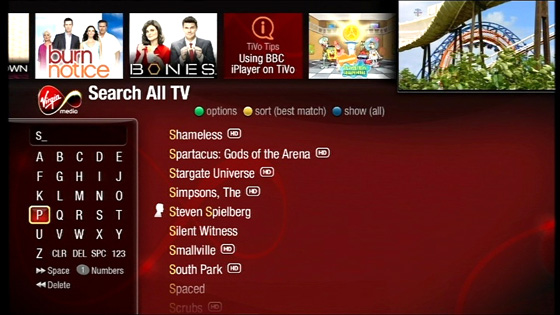 The 1TB hard disk stores about 100 hours of HD or around 500 hours of standard-def TV and there’s a Deleted Recordings bin in case you didn’t actually mean to hit the erase button, though it won’t stay there if the disk gets full.

A cheaper 500GB version is joining the line-up and effectively replacing the V+HD hardware. It is also available to low or middle-tier TV package subscribers – rather than just premium XL, which you need to have if you want the 1TB model – however, the £3 per month TiVo service charge goes up to £8.

Even simple name searches are intuitive, with results sorted by relevance rather than strict A-Z, so you’re likely to find what you’re looking for after entering two or three letters.

It takes about a day after installation for its suggested recordings to appear. The programme guide and main screens look crisp and informative but deeper menu screens – mostly relating to recording management – are less detailed and could do with being revamped in a software update. 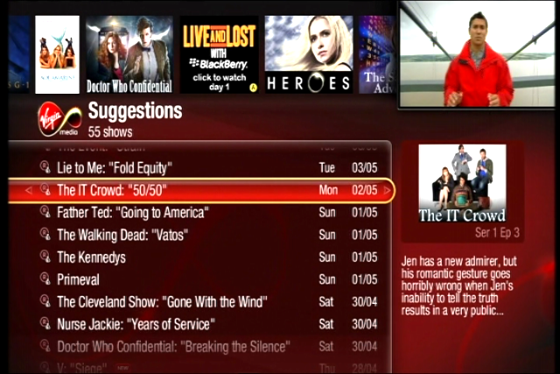 An ‘apps’ area is limited but due to grow. For now, it has a brisk standalone version of the iPlayer (including BBC radio), plus apps for YouTube (which can also link from programme searches), eBay, Twitter, weather and quiz games.