Pickpockets pick 'PlayStation in your pocket'

New Zealanders will not be getting Sony Ericsson's Xperia Play - aka the PlayStation phone - at least not from Vodafone.

Why? The carrier's entire shipment of handsets has been nicked.

"Regret to advise the Xperia Play launch will be delayed. Major security breach. The shipment of phones has been stolen." 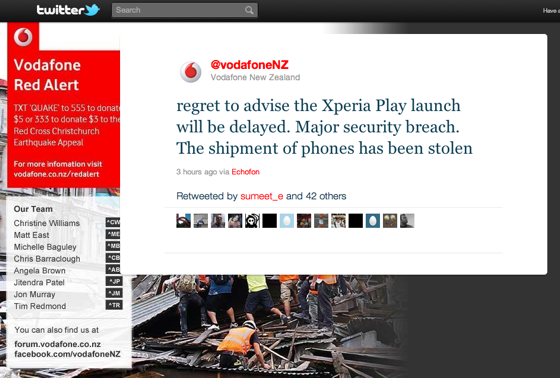