Gigabit performance? Not quite

Each XAV5001 is about the same size as any 200Mb/s HomePlug adaptor without a pass-through power port. There's the customary Ethernet port on the bottom edge - this time it's a Gigabit Ethernet socket - and the now-standard network encryption button on the right side. 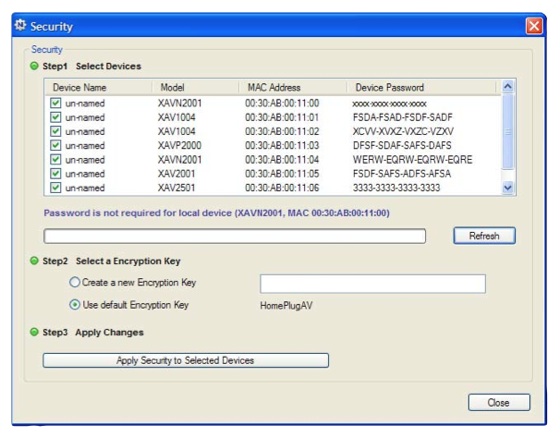 This gives you two minutes to press the equivalent button on all your other adaptors, at which point they'll jointly negotiate and share a 128-bit AES encryption key, handy to protect data in properties that share their electrics with others in the building.

If you've used any other powerline adaptor, you can use these ones.

I plugged one into the wall linked to one of my router's Gigabit ports. The other adaptor, I cabled to a laptop's Gigabit port. Transferring a 2.15GB file from a Nas drive took, averaged over three, very similar runs, 215.9 seconds - a mean speed of 9.96MB/s or 79.67Mb/s.

Belkin's Gigabit adaptor was more susceptible to noise than 200Mb/s adaptors, and that's true of the Netgear 500Mb/s adaptors too. One run produced an average data transfer speed of just 49.03Mb/s - back to 200Mb/s level, effectively.

Next page: Noises off
Page:
Tips and corrections
36 Comments

SOHOpeless: all you need is the MAC and the serial number