While the US enthusiastically celebrated the execution of Osama bin Laden, one advantageous coder began building a Counter-Strike map based on the bearded bomber's compound. It has been causing quite a stir since its release last week.

Unfortunately for those with a more morbid interest in such matters, the map isn't accompanied by a mission pitching you against the Al-Qaeda chieftain, so no firing through human shields, shooting unarmed terrorists in the face, or carelessly crashing top secret helicopters. 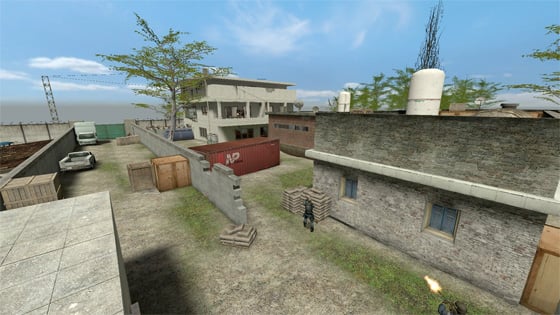 The map's creator, Fletch, started the project one day after bin Laden's discovery and said: “What a lot of people don’t seem to understand is that the only thing this map has in common with Osama is location.

"I can see how people would think it is in bad taste,” he added, but noted at if you're of such an opinion, you may as well protest against the entire game.

The map was built for the PC game Counter-Strike: Source and can be downloaded free from GameBanana. ®

Wanted Dead or Alive. With or without beard