Fairlight: The Rolls Royce of synthesizers

We salute the big beige monster of the 80s

My fair Fairlight, and what came after

I first encountered the Fairlight when I was studying studio engineering at Goldsmiths College. I was too much of a know-all so the tutor banished me into a small back room where this huge cream-coloured monstrosity had been stashed away. The college had bought it, but no one had managed to get to grips with it. I was given it to play with to keep me quiet.

The interface was a big clunky CRT monitor that showed – most of the time – Page R’s nifty rhythm matrix on a black background. It could of course be switched to show an impressive but almost completely useless 3D audio waveform if you were lucky enough to get on Top Of The Pops.

The monitor with its integral light pen was a surprisingly intuitive way to interact with the software. Even the later Fairlight Series III, which coexisted and competed with mouse-controlled Mac and Atari systems, stubbornly used a graphics tablet rather than give up pen control altogether.

A side effect of the early 80s monitor technology was some sort of inimical radiation that really warmed the operator's fillings. A burnt tongue was a handy reminder to take regular screen breaks.

Monitor and qwerty keyboard sat together on top of the rather elegant music keyboard controller, which had 73 keys plus a couple of rather stylish switches that looked like glowing extra-strong mints. (I don’t think they did anything.)

The brains of the outfit was an enormous CPU, the size of two or three Mac Pros stacked on top of one another, but not even one hundredth as powerful. The CPU housed the floppy drives and audio I/O – an XLR connector for each of the Fairlight’s eight voices and of course sampling inputs for capturing all those dog barks.

I made a series of demos on it, which managed to secure my band a record deal. I promptly spent £27,000 of the advance on a Fairlight series IIX.

The only place you could buy one of these things was in the West London showrooms of Stephen Paine’s company Syco (unaffiliated with Simon Cowell’s current production company). It had a quiet, almost temple-like atmosphere where salesmen would reverently display to you the cutting edge in electronic music technology. 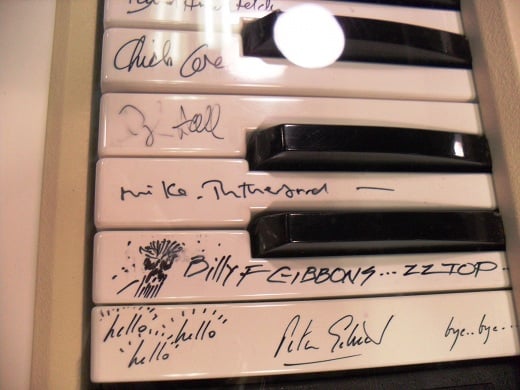 The chap who sold me mine, Roger Bolton, went on to be a hugely successful composer of music for TV. I doubt if anyone who worked there was less qualified to own a state of the art computer musical instrument than I was. Buying a Fairlight was the beginning of my long romance with high-end music kit. If anyone ever personified the expression ‘all the gear, no idea’, it was me.

The main thing that made the IIX more special than its forebears was a retrofitted box that enabled the Fairlight to talk to other musical equipment via MIDI. That advance was the super-sampler’s doom.

With the introduction of MIDI, and the advent of the MIDI-enabled Atari ST computer, a cheap sampler (for example the 1985 Ensoniq Mirage) and a couple of synthesizers could be assembled into a system that could do all of the Fairlight’s major tricks for a fraction of the price.

The age of the really big synthesizer is long over, but for just a few years in the early Eighties, giants walked the charts. ®

Next page: The Fairlight in action, from Herbie Hancock to Miami Vice
Page:
Tips and corrections
57 Comments

Are you sure you've got a floppy disk stuck in the drive? Or is it 100 lodged in the chassis?

On Call Bruce Vs Sheila: The Floppy Disk Files

Still got a floppy drive? Here's a solution for when 1.44MB isn't enough

It's round and wobbles, but madam, it's a mouse pad, not a floppy disk

On-call Plus: The forlorn attempt to put four disks into one drive