12ft statue set to touch down in the Mall

London will later this year pay homage to Yuri Gagarin with a 12ft statue honouring the first man in space, set to touch down in the Mall on 14 July. 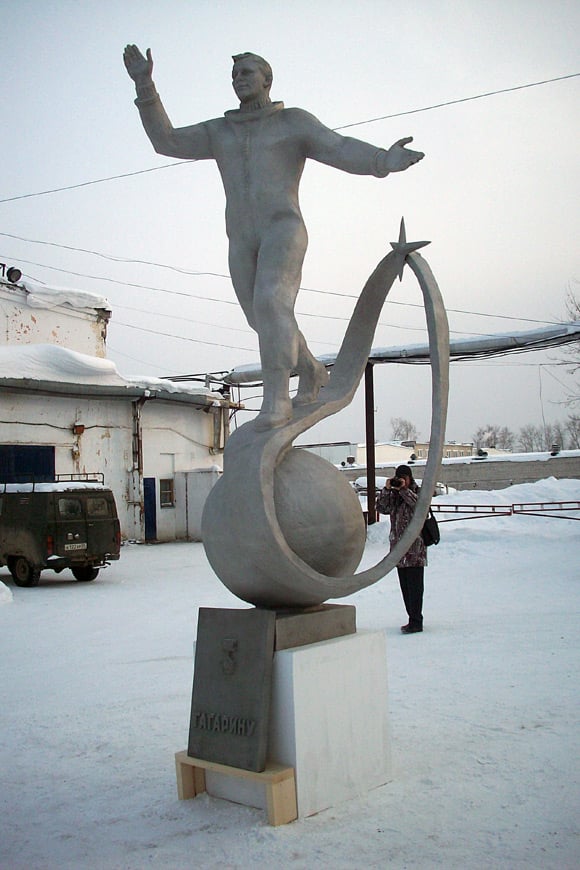 The statue is a gift from the Russian space agency Roscosmos to the British Council. It's a copy of an original commissioned in 1984 by Vocational School no 10 in Lyubertsy, northwest of Moscow, where Gagarin studied from 1949 to 1951 as he trained as a foundry worker.

The sculpture was created by Anatoly Novikov, who made a major contribution to the monumental Stalingrad Memorial (now the Volgograd Memorial), to mark what would have been Gagarin's 50th birthday. It has become a "site of pilgrimage for cosmonauts before they travel into space", the British Council explains.