Veteran spacecraft burns to depletion and shuts itself down

The last transmission from NASA's comet-hunting Stardust came last night at 23:33 GMT, as the venerable spacecraft ended its career with a "burn to depletion maneuver".

The veteran of two cometary encounters – with Wild 2 and Tempel 1 – provided NASA with valuable last data on just how much fuel it had left in its tanks as it wrapped its 12-year journey.

The agency didn't know exactly just how much hydrazine propellant remained, because "no one has invented an entirely reliable fuel gauge for spacecraft". Accordingly, scientists hoped Stardust's swansong burn would provide them with a figure they could compare with estimates to form "a better idea how valid our fuel consumption models are and make our predictions even more accurate for future missions".

Stardust-NExT project manager Tim Larson, of NASA's Jet Propulsion Laboratory, said: "Stardust has been teaching us about our solar system since it was launched in 1999. It makes sense that its very last moments would be providing us with data we can use to plan deep space mission operations in the future."

Allan Cheuvront, Lockheed Martin Space Systems programme manager for Stardust-NExT, confirmed: "Stardust motors burned for 146 seconds. We'll crunch the numbers and see how close the reality matches up with our projections. That will be a great data set to have in our back pocket when we plan for future missions."

Once the burn finished and Stardust had transmitted its last message, it turned off its radios and, without attitude control keeping its solar panels facing the Sun, slowly died as its batteries ran down. 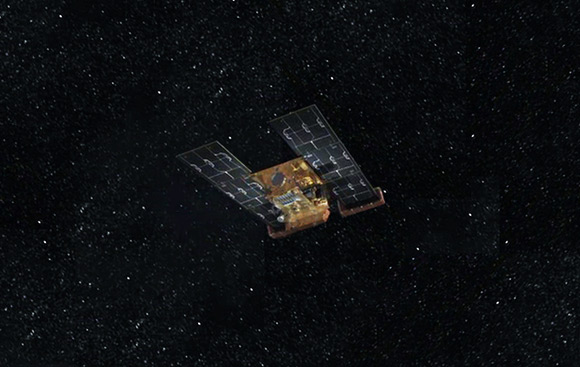 A slightly tearful Larson concluded: "This kind of feels like the end of one of those old Western movies where you watch the hero ride his horse towards the distant setting sun – and then the credits begin to roll. Only there's no setting sun in space."