The forthcoming Duke Nukem first-person shoot-'em-up may have been taking Forever to arrive - such is the irony of its title - but at long last, the game's publisher, 2k, has confirmed the release date.

According to a report on Game Informer, the long-awaited title will be released in the US on 3 May. The rest of us will get it three days later.

Duke Nukem Forever, the Chinese Democracy of the video-game world, had been much cause for debate until it was finally pushed back into the limelight last year with confirmation of a 2011 release. 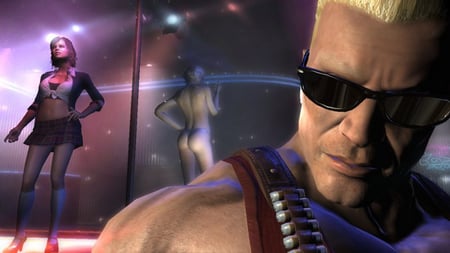 The game was subsequently demoed at the FirstLook games convention in Amsterdam last October.

Finally we have a date and can look forward to some overdue action-packed misogyny this spring. And we won't have to wait for Christmas. Bitchin'. ®

Duke Nukem Girls give it some on video

Duke Nukem taken to the shrink

NSFW Sure to have its knockers

Why was Duke Nukem Forever s**t?

'Nobody steals our checks... and lives!'