Benoit Mandelbrot, the father of fractals, died on October 14 in Cambridge, Massachusetts, at the age of 85.

The cause of death was pancreatic cancer, according to an obituary in the New York Times.

Mandelbrot fled Poland ahead of Nazi occupation when he was 11 and moved with his family to Paris. He studied at the Ecole Polytechnique under the mathematicians Gaston Julia, whose Julia set is a function of complex dynamics closely affiliated with a set of fractals now called the Mandelbrot set, and Paul Pierre Levy, an expert in probability theory.

After World War II, Mandelbrot got a Masters degree in aeronautical engineering at the California Institute of Technology and a PhD in mathematical sciences from the University of Paris; he did a stint at the Institute of Advanced Studies at Princeton University after that, where he was sponsored by none other than John von Neumann.

In 1958, after a few years in academia, Mandelbrot became a mathematician at IBM's TJ Watson Research Center, a post he held for 32 years before retiring as an IBM Fellow and taking a teaching position at Yale University a decade ago.

Just as personal computers were going mainstream in the early 1980s, Mandelbrot put together his now famous book, The Fractal Geometry of Nature, which mainstreamed the idea of fractional dimensions and, more importantly, illustrated these fractals, as Mandelbrot called them, with hypnotic graphics. (I just bought a copy of it online for my kids to get ahead of all of you.) The Mandelbrot subset of the Julia set, seen below, is probably the most famous image in mathematics, akin to the most famous equation in physics, E=mc2. 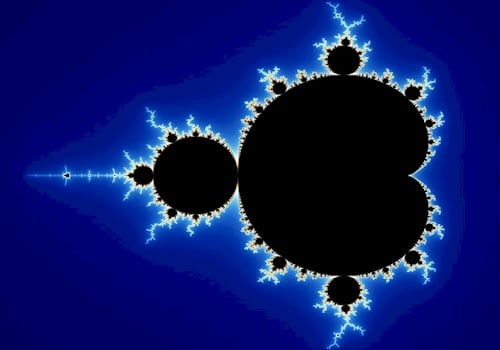 You can't help but think about an infinite progression-regression multiverse looking at these images, wondering if these fractal images, with their layers of self-similarity as you zoom in and out of the image, with kinks of uniqueness as you bend the underlying equations this way and that, suggest something fundamental and strange about the universe. This is so much better than a lava lamp: 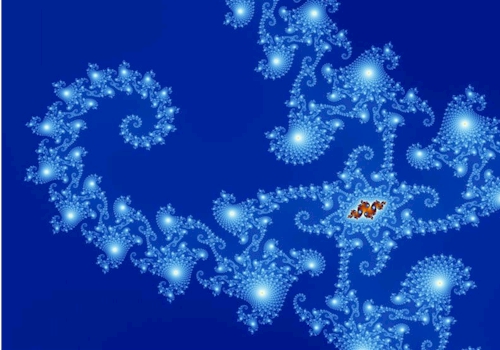 If you want to get lost for a half hour or so on company time today in honor of Mandelbrot, explore the fun people are having pondering 3D Mandelbrot sets (well, somewhere between the second and third dimensions, surely?) here and there. If you are looking for a real trip, check out all of the fractal generation tools available here. El Reg readers will no doubt have better sources of images and tools for fractals, so take a gander at the comments once they start coming in. ®

The Mechanics of Genius lands in London next year

... support to a Capgemini call centre (and one in India)