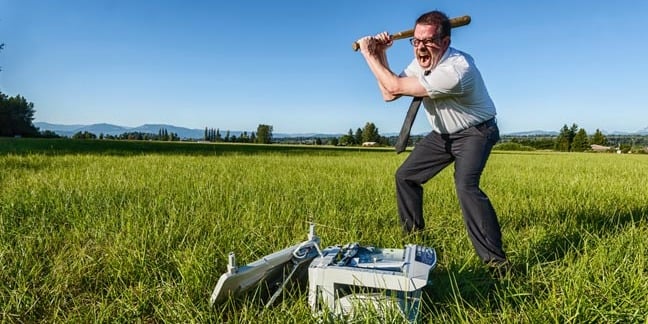 A former White House security advisor has urged a crackdown on rogue states that serve as a "safe haven" for cybercrime, along with a fundamental rethink of internet architectures.

Richard Clarke, who served as special advisor to the President George W Bush on cybersecurity, told delegates to the RSA Conference in London that Western law enforcement officials often fail to get the help they need when after they track back the source of cyber attacks to countries such as Moldova, Russia and Belarus in eastern Europe.

"These countries are international cyber-sanctuaries for crime," Clarke said.

"Local governments tolerate hacking where attacks occur outside the country. Hackers, who pay local police kickbacks, can be used to work for the government, in cases where they need plausible deniability."

Clarke said "renegade" countries need to be pressured into acting on cyber-criminals through a process akin to the way in which countries who tolerated the laundering of drug profits through their banking system were brought into line.

"There ought to be consequences for scofflaw nations who do not live up to international norms," Clarke said. "We can limit traffic in and out of renegades by applying filtering and monitoring."

"At the moment none of that is going on," he added.

The former counter-terrorism and cyber-security advisor to four US administrations argued that a fundamental rethink on internet architectures was needed in order to limit cybercrime and related problems, such as economic espionage.

He pointed out that the numerous cases of corporate victims of hacking had firewalls, up to date anti-virus and intrusion prevention. Applying more of the same in the hope that it might stymie attacks will never work. What's needed is a fundamental re-appraisal of internet architectures, building a more secure system that fit for purpose.

"The money spent to develop the next version of the X-box would be better spent on the next protocol for the internet. With respect to Vint Cerf and the engineers who created the internet we ought to think about developing a network that's more secure."

"The cost of the R&D would be a mere fraction of cost of R&D for the crap that doesn't work," he concluded

Banks normally absorb the cost of fraud associated with cybercrime, ultimately passing on this cost to customers in the form of higher fees. Clarke argued this arrangement was economically unsustainable.

"We're losing billions in cybercrime with little in the way of effective action. Cybercrime pays and in sanctuary countries it pays a great deal."

Hackers are also involved in industrial and state-sponsored espionage, where the target is secrets rather than identities or money. The so-called Operation Aurora Attacks on Google and scores of US hi-tech firms last year are just part of a widespread problem.

"It's not just the Chinese, though they get a lot of the blame," Clarke said. "There's a lot of spoofing and misdirecting."

The approaches and tactics applied to compromise systems and extra secrets might just as easily be applied to disrupt or damage systems.

Clarke said that many nations had offensive cybercrime capabilities, arguing that some form of arm control talks on cyberweapons might be needed.

"I'm not saying cyberwar is about to happen. Just because nations have cyberweapons in their inventory is doesn't mean they are not going to rush out and use them. What it does mean is that they have an option of sending a cyber-attack instead of a conventional assault," Clarke concluded.

Clarke advanced his arguments during a well-received presentation at the RSA Conference in London on Wednesday. ®

Symantec doubles down on consumer security by buying LifeLock

Bid to mitigate damage in face of declining anti-virus sales

That's why you're the 'judge' and I'm the 'law-talking' guy