Nintendo's red Wii, coloured to commemorate the 25th anniversary of release of Super Mario Bros will be coming to the UK on 29 October. 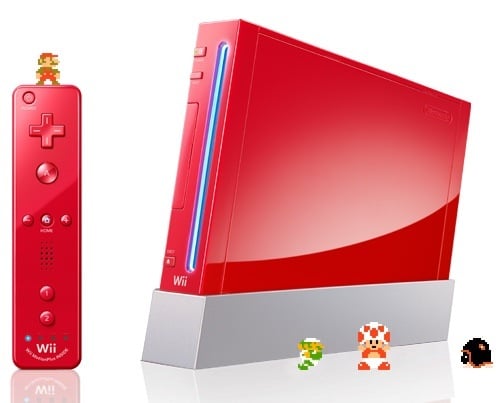 The pack will contain red console and a suitably hued Wii Remote Plus - it has built-in Motion Plus circuitry - and Nunchuk. You'll also get a copy of New Super Mario Bros and Donkey Kong, aloing with the usual Wii Sports.

Can't wait that long? A week earlier, on 22 October, Nintendo will release a red DSi XL. It too comes bundled with New Super Mario Bros.

There's no official word yet on pricing. ®