The iFixit crew have a different idea: "Perhaps this logic board will be used in future iPads?" 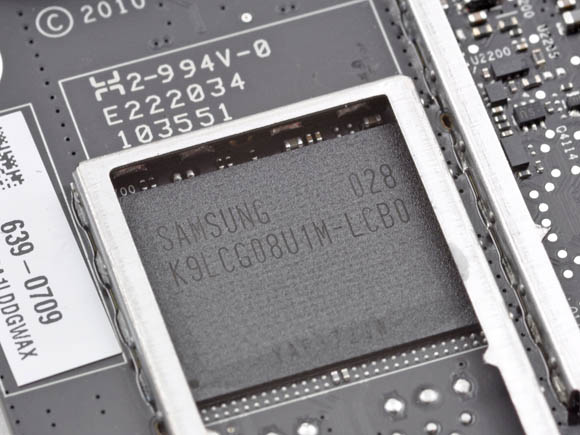 8GB of flash storage may not be much, but there's room for more

Furthering the iPad comparison is the fact that the Apple TV packs 256MB of RAM (just like the iPad) and Apple's A4 processor (just like the iPad). There's also 8GB of flash storage, which is only half that of the low-end iPad — but there's an empty socket right next to it that would be "*perfect*" for another flash-RAM chip. 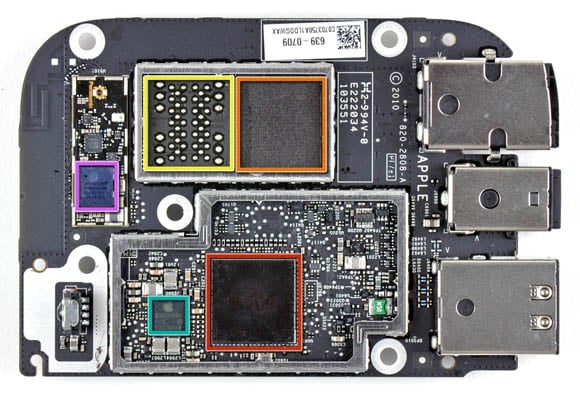 iFixit's color-keyed photo of the Apple TV logic board reveals: 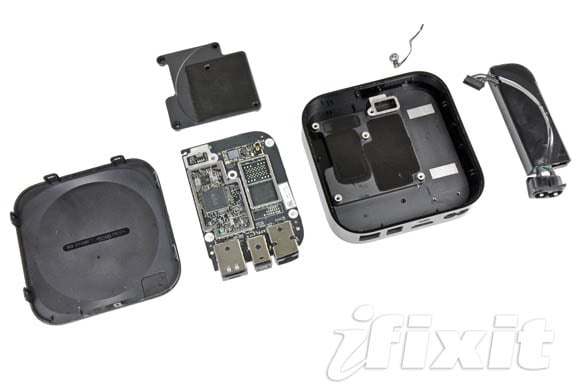 There's not much to worry about inside the Apple TV

Being easy to open and repair, and needing only a trickle of power to operate, the Apple TV earned iFixit's hearty praise as possibly "the most eco-friendly set-top box of all time!"