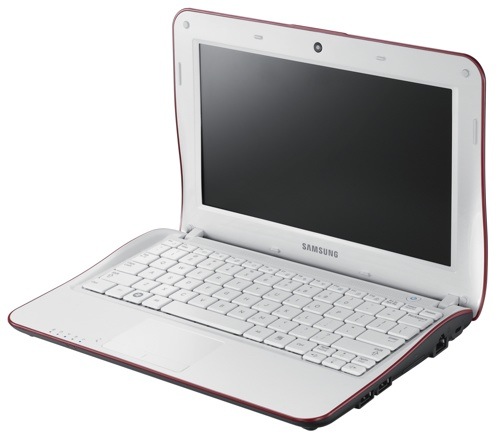 The high-end NF310 ups the screen resolution from the netbook-standard 1024 x 600 to 1366 x 768. Presumably, it's the one with the N550, but Samsung has yet to publish a formal spec sheet, but will probably do so at its IFA announcement tomorrow.

The NF series shares the same curvy design of the upcoming SF notebook family, which will also appear in October, Samsung said. Features include Core i3 and Core i5 processors and 61Wh lithium-polymer batteries good for 7.5 hours of runtime. 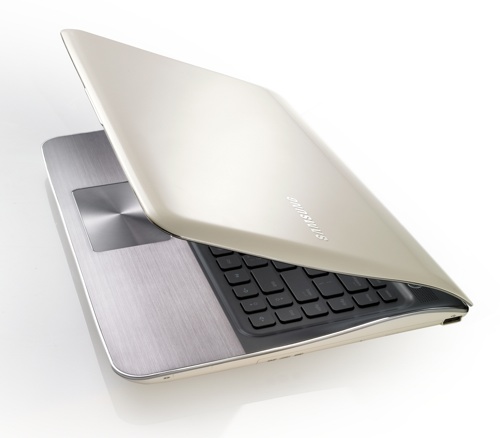 Judging from the pics, both the SF and NF machines have trackpads that double as buttons, Mac style.