Nvidia’s GeForce GT 330M provides plenty of 3D oomph and allowed the R780 to run both Call of Duty 4 and Crysis at its native 1600 x 900 resolution. In Crysis, however, I had to turn detail settings to medium, in order to get a playable 24.9fps. In high detail mode, it trudged along at just 10.8fps. 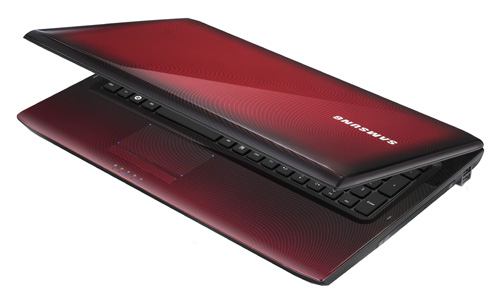 Just about portable at 2.8kg, but battery life is woeful

In the gruelling PCMark Vantage loop test, the R780 and its 48Wh battery really struggled and could only limp just past the one hour before throwing the towel in. When using it sparingly, I managed just over two hours from a single charge, but I was hoping for better. Weighing in at 2.8kg it’s not inconceivable that people will look to use the R780 when travelling, but the poor battery life makes it unsuitable for long journeys.

With decent processing power, the ability to let you indulge in a bit of gaming and a solid design, the R780 is great value at £799. However, Samsung’s curious decision to go with a 32-bit operating system and the laptop’s woefully short battery life can’t be ignored. Some folk won’t be too concerned about either, though, and this is otherwise a very impressive laptop at an equally impressive price. ®