Monitor maker Viewsonic will show off a pair of Android-running tablets at Berlin's IFA show next month. 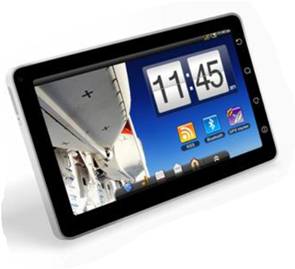 The first, a 7in iPad wannabe also packs in 3G connectivity, Wi-Fi, GPS, Bluetooth, at least on USB port and a Micro SD card slot.

A second tablet, this one with a 10in screen, will ship with Windows 7 and Android, the latter being here used as a fast-boot OS for quick access to online and media content.

The 10in tablet will contain an Intel chip, Viewsonic said. Most likely it'll be an Atom, though Viewsonic wasn't saying.

Viewsonic also said it will show off a touchscreen e-book reader with on-board Wi-Fi. ®