I blush to admit that I'm a hardware geek — but hardware exists to power software, so I need to give Newton apps a nod. There are plenty of places to take deep dives into Newtonian software, but here's a peek at a few items on my MessagePad 120, circa 1995 — all images actual size, by the way.

Oh, and one quick note: the display in these photos isn't discolored — that's merely the shadow of my camera. And, by the way, I shot all the photos for this story using a Nikon D90 with a 105mm Micro-Nikkor lens.

If you have a modern smartphone, take a look at its icons, and see if they bear any resemblance to these on the MessagePad 120. Sure, yours are far more finely detailed and attractively multicolored, but as Zep knew, the song remains the same. 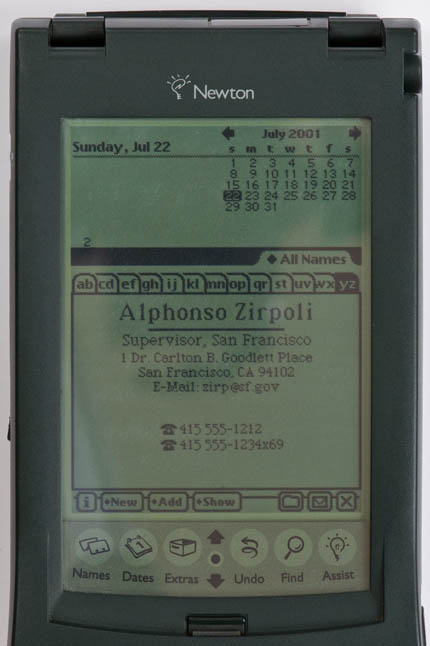 Contact information — which was entered with the MessagePad's stylus using either Newton 2.0's improved handwriting recognition or by means of a soft keyboard — could be displayed in one of six different "business card" formats.

All of the data entered into a Newton device was stored not in files, but in databases known as "soups". Data in soups could be shared among all applications — an advanced concept at the time, and one which made sharing data among apps such as calendars and contacts easy and transparent, but which made discrete file-based development a bit of a hassle. 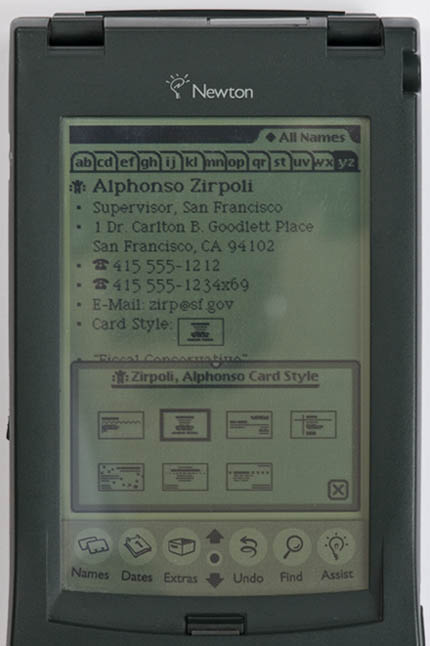 Choosing a business-card style, as when entering all other types of contact information, popped open a separate entry window. In this example, you'd simply tap your favorite style (which can vary contact-to-contact) then tap the X-box — not Xbox — to close the entry window. 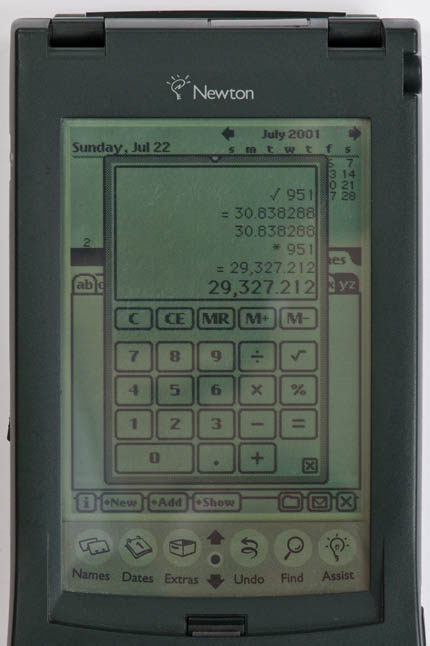 Apple's bundled Calculator app was simplicity itself, but if you needed more functions you had a wealth of third-party choices, including specialized calculators for tax preparers, doctors, financial folks, and more. 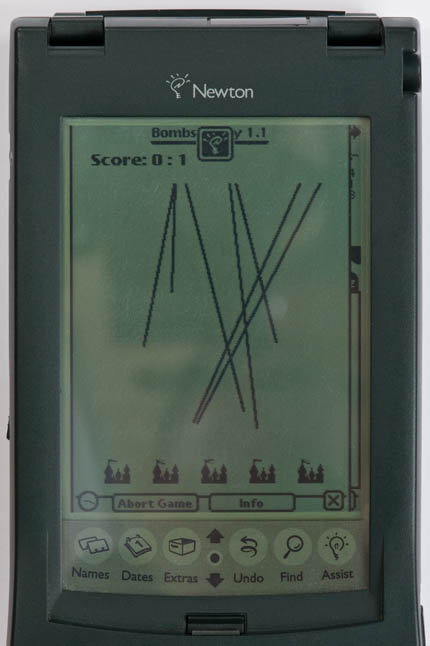 Yes, dozen of simple games were available for the MessagePad, such as 'Bombs Away', a rather transparent takeoff on the arcade game Missile Command. And no, the MessagePad 120 couldn't play Crysis.

Next page: Take it off!
Page:
Tips and corrections
56 Comments