You want codecs? It's got 'em

The HD video output - an HDMI 1.3 connector which includes Dolby Digital Audio - is supplemented by a get-you-home AV 3.5mm socket that does analogue audio and composite video. My Hitachi projector doesn't handle HDMI audio, so I use the alternative S/PDIF optical audio out to feed my Harman Kardon AVR 630 directly. I would've liked more options - component-video out would have made the VMP74 play better with older kit. 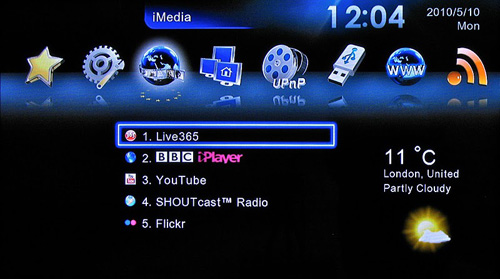 Nice UI - but it's a shame iPlayer doesn't work yet

That's the nuts and bolts, but what does this thing actually do? It'll display movies, music and pictures from a plugged in USB drive or streamed to it over UPnP, or, if you're not running a UPnP server, it can also - allegedly, but see below - collect them from Windows shares using the SMB/CIFS protocol. 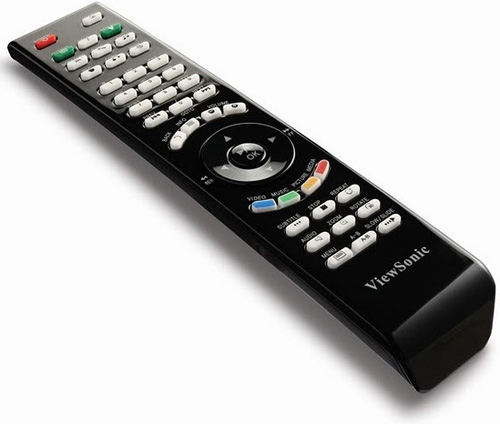 The remote's not bad either

I tested it with MOV, MP4, AVI and MKV container formats, with a variety of encodings inside, and they all worked without a hitch.

Through your LAN it can also reach out onto the internet to deliver YouTube to your living room screen. Shoutcast and Live365 Internet radio too, along with the Flickr photo site. The BBC iPlayer also appears in the same list, although it turns out to be "Coming Soon" when you try to access it. 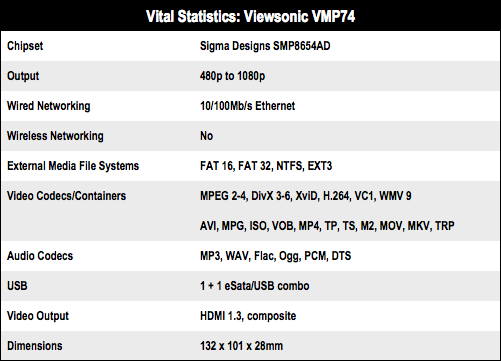 Shoot on a budget

Free lunch? No such thing

Not just a tablet, it's a phone too