Partly made from old pop bottles

On offer, the 14in L412 and 15in L512. Both series come in versions equipped with Intel Core i3 and Core i5 processors. Some models use the graphics cores integrated into the CPUs, others feature AMD ATI Mobility Radeon HD 5145 512MB GPUs. 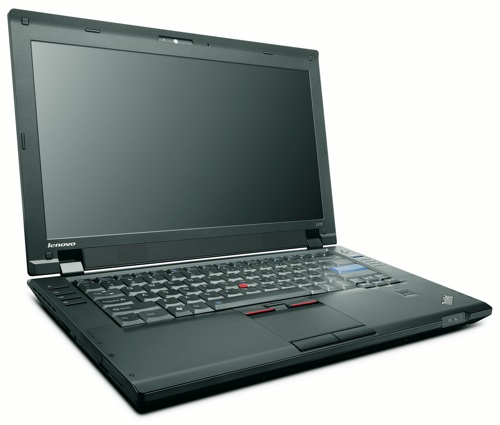 Lenovo said the notebooks incorporate four USB ports - one of which doubles up as an eSata connector - plus DisplayPort and VGA ports. Wi-Fi is standard, while optional Qualcomm Gobi 2000 modules provide 3G HSDPA connectivity.

The green connection arises from the laptops' use of recycled materials - "post consumer content", as Lenovo euphemistically calls it. Some 30 per cent of the L412 is made from old bottles and so forth, but only 18 per cent of the L512.

According to Lenovo, the new notebooks meet eight different military specification tests for resilience to high and low temperatures, vibration, altitude, dust and more. So when the world has gone up in smoke, all that will be left are cockroaches and ThinkPad L-series machines, presumably.