We reckon Google has done a pretty good job with its Street View blurring tech, protecting innocent UK numberplates from public scrutiny, and it's fair to say that the army only has itself to blame for the military's insistence on using a different format to the civvy world: 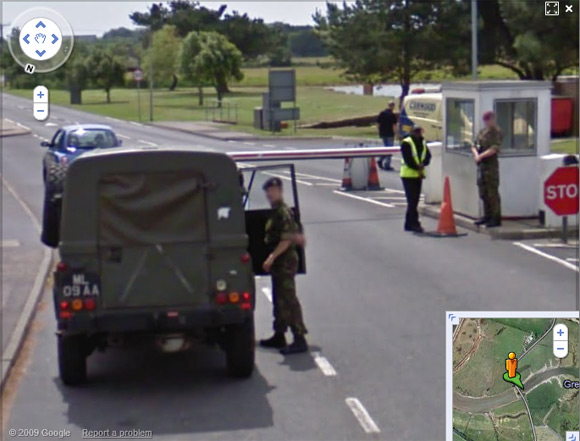 Well, that's the Royal Artillery barracks on Thorney Island blown wide open, and no messing. Mind you, if this becomes a matter of national security, then our boys are well armed to protect themselves against further incursions by Street View spymobiles, as a quick pan to the right shows: 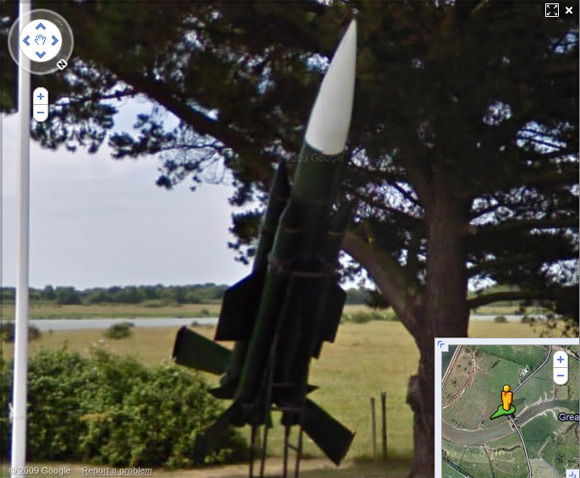 While this piece of hardware would certainly make short work of an Orwellian black Opel, its effectiveness against transdimensional Borg pliers remains to be seen. ®