We're obliged to all those readers who've sent us new Street View sightings gleaned from the pretty-well nationwide coverage now enjoyed by the UK, especially those involving surveillance feedback loops.

We'll be doing something on your spots next week, but in the meantime we invite you to ponder the disturbing case of the West Bromwich giant flying pliers, submitted by a shaken Craig Keightley: 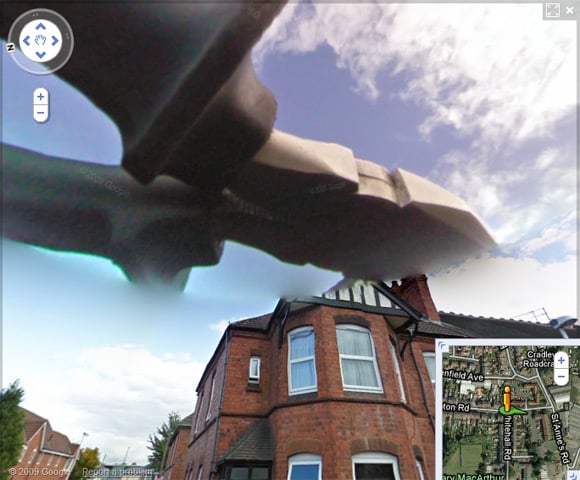 The gravitational distortion effect around the pliers suggest they've just passed through a transdimensional portal from an alternative universe where perhaps the inhabitants just take their DIY a lot more seriously or, more chillingly, entire solar systems have been subdued by pitiless, Borg-like plier creatures.

Just in case it's the latter, I for one would like to welcome, and so forth... ®

StreetViewFun is calling this piece of strangeness "God's Pliers". Divine provenance? You decide.