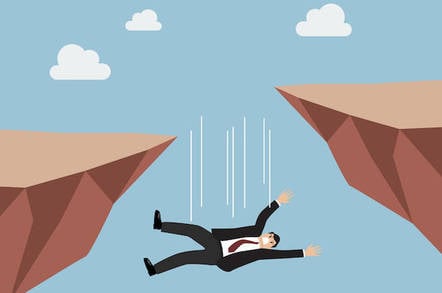 Exclusive A digital attack against the UK causing even minor damage would have a "catastrophic" effect on public confidence in the government, GCHQ has privately warned Whitehall.

The Cheltenham spy agency's new Cyber Security Operations Centre (CSOC) makes the prediction in a document prepared for Cabinet Office and seen by The Register.

Growing reliance on the internet to deliver public services will "quickly reach a point of no return", meaning "any interruption of broadband access becomes intolerable and will have serious impacts on the the economy and public well being", CSOC says.

"A successful cyber attack against public services would have a catastrophic impact on public confidence in the government, even if the actual damage caused by the attack were minimal," it adds.

The warning forms part of a preliminary "horizon scanning" report produced by the new unit, which is scheduled to begin operations next month. Its job will be to continually monitor internet security, producing intelligence on botnets, denial of service attacks and other digital threats to national security.

CSOC was established by last summer's Cyber Security Strategy. With an initial staff of 19 and funded from GCHQ's budget of hundreds of millions of pounds, it reports to the equally-nascent Office of Cyber Security within the Cabinet Office, which coordinates digital national security policy across Whitehall.

Most cyber attacks are likely to remain difficult to trace to official sources, the report explains, citing as an example the denial of service attacks on Georgia as Russia's army invaded in 2008, which were never reliably linked to the Kremlin. This year GCHQ's close US counterpart, the National Security Agency (NSA), has been called in to investigate attacks on Google's GMail service apparently from inside China.

"An internationally agreed definition of cyber warfare will remain elusive, with state actors making increasing use of hired criminals and 'hacktivists' to carry out deniable cyber attacks on their behalf," CSOC predicts.

The offical British view casts ongoing talks between the US and Russia - aimed at fostering cooperation between states on internet security and agreeing ground rules - in a pessimistic light.

"States are likely to increasingly see the cyber domain as an area in which to wage war... it is difficult to see international agreement on what acts are and are not acceptable in a cyber war being achieved within five years," CSOC says. "Even if regulation of this kind was to emerge, it is likely that it would make little difference.

"The increasing sophistication of criminal cyber tools and the availability of cheap, fast broadband will mean that states are able to achieve their aims by hiring criminal botnets to carry out DDOS or other attacks on their enemies' infrastructure."