'We must all stop washing to save the planet'

Peel your socks off the wall for Gaia, chaps 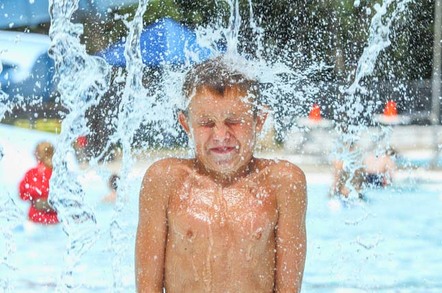 Opinion A "world-renowned expert on carbon emissions" has stated that Western consumers must avoid five "eco crimes" committed every day in order to save the world. Dr Dave Reay's main assertion, in fact, is that we should stop washing so much - but the national press has chosen rather to highlight his assertion that drinking instant coffee is better for the environment than filter.

Dr Reay, whose PhD and early training were in marine biology, is nowadays Edinburgh university's first ever Senior Lecturer in Carbon Management. He seems as much a campaigner as a researcher, devoting much time to running his greenhouse-gas website and writing books aimed at the lay audience - Climate Change Begins at Home and Your Planet Needs You! A Kid's Guide to Going Green.

Apart from all that, Dr Reay last week put out his top five eco-crimes list, in the form of a piece for New Scientist. He is at least, unlike many pop-eco analysts*, aware what a kilowatt-hour is and able to do back-of-the-envelope calculations. Even better, he has realised the inconvenient truth that it is not easily dispensable things which account for most of Western civilisation's energy use.

"For the largest cuts, simply washing less frequently is the way to go," says the doc, and of course he's right. Personal hygiene and laundry are massive domestic energy hogs. Even Reay isn't quite willing to advocate the end of daily baths or showers, but he probably rightly thinks that around half of the population believes it is made to wash its clothes too often at the insistence of the other half, and so focuses on laundry.

Advertisers [have] convinced us that our shirts must always be "whiter than white", our sheets should forever smell of spring flowers, and that to be dressed in freshly laundered clothes at all times is a badge of success. We live in a "wear once and wash" culture.

It is easy to see how these emissions stack up. A full load in a washing machine uses around 1.2 kilowatt-hours of electricity per cycle and tumble drying clocks up a further 3.5 kilowatt-hours, resulting in over 2 kilograms of CO2 emissions per wash. With four or five loads per household per week, the total annual emissions from each home can easily pass the half-tonne mark. That's a significant proportion of the 10-tonne annual emissions of the average European.

Reay is using a figure of 500g CO2/kilowatt-hour there, which is actually more than a bit on the high side these days, as the British wind-energy lobby were recently compelled to admit by the Advertising Standards Authority. So you can actually factor all these CO2 figures down by 15 per cent, which is disappointing in the case of a Senior Lecturer in Carbon Management - but pass on.

Reay's central point, that washing is a major home energy user for wealthy westerners, is quite correct. Stinky socks and pants are ecologically very sound - ideally trusty old holey ones, too; Reay also fingers the tendency to replace clothes before they're worn out as an eco-crime.

Next page: And you can stop drinking coffee while you're at it
Page:
Tips and corrections
111 Comments