Up close and personal with Droid

Motorola’s upcoming Android smartphone has finally been revealed in a set of front-and-back pictures published online. 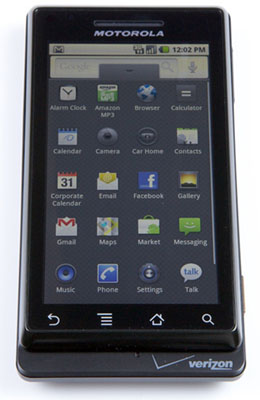 Motoroal's Droid could be its first smartphone to run éclair

Although not Motorola’s first Android-based phone – that award goes to the Dext - the Droid smartphone will likely be the firm’s first smartphone to run Android version 2.0 – aka éclair.

Droid is said to be slightly thicker than the iPhone 3GS, yet also the “thinnest Qwerty slider we’ve ever seen”, according to website Boy Genius Report, which appears to have had a one-on-one with the Moto smartphone. 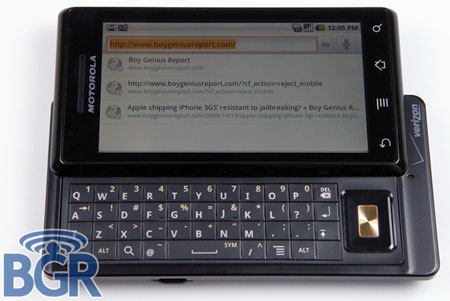 Droid will also reportedly ship with a docking station, enabling the device to transform into multimedia station. In this mode, the device could be used for desktop display of your local weather, the time, etc.

5Mp camera - not too shabby

Motorola hasn’t confirmed a launch date or price for its Android Droid, yet. ®