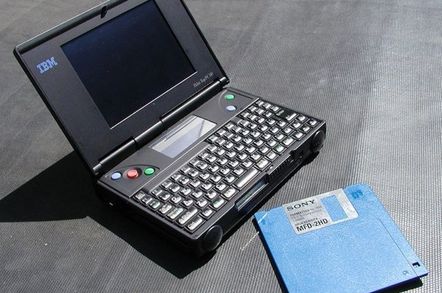 Open source and software patents are generally regarded as two things that go together like peanut butter and a punch to the face*.

Open-source advocates talk of vague, badly written US patents lurking in the system, waiting only to pounce on unsuspecting devs and condemn them to 1,001 years litigation. Open sourcers actively fear patent trolls, and many go through great pains to avoid getting jumped by them.

But a recent nugget buried in IBM's amicus brief for the Bilski case takes a novel slant on the issue. Big Blue told the US Supreme Court that software patent lockdowns are actually the secret to open source's success.

Here's the quote (actually a footnote in the paper) that has some internauts hot under the collar. The emphasis here is our own:

"Given the realities that software source code is human readable, and object code can be reverse engineered, it is difficult for software developers to resort to secrecy. Thus, without patent protection, the incentives to innovate in the field of software are significantly reduced. Patent protection has promoted the free sharing of source code on a patentee's terms - which has fueled the explosive growth of open source software development."

To follow the dots here; patent protection lets the creators of proprietary software share their source code without the fear of getting copied, which allows open source - which is entirely based on relaxed or non-existent copyright restrictions - to prosper… somehow.

It's a strange, unsubstantiated comment coming from a company that's clearly working both ends of the argument. After all, IBM is each year awarded more US patents than anyone else around - all the while being one of the industry's biggest backers of Linux.

Perhaps IBM means the US patent system promotes open source in the same way a tour of the slaughterhouse promotes vegetarianism.

The Linux 2.6.31 kernel has been released, sporting support for new hardware and a new performance subsystem.

*Alternatively: a colonoscopy and jelly.