QuickTime has been essentially unchanged for a decade, and this upgrade has been in beta for what seems like years. The new version, dubbed QuickTime X, is a mixed bag. 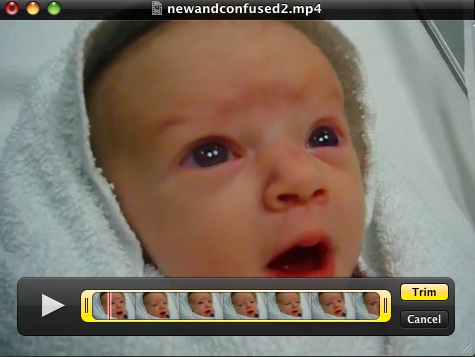 There's no doubt that QuickTime is one of Apple's crown jewels, but it's even harder to tell now. Previously, Apple wanted around $29 for a "Pro" version which offered full-screen viewing, and cut and paste.

QuickTime has long offered a "Trim to Selection" feature, but its star turn was cut and paste. Now Apple wants to you use the iPhone 3.0-style trim feature. If you can find it - it's hidden under the "send to" or "share" menu. 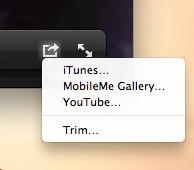 On the plus side, QTX played Flash movies without complaint, something currently only possible with third-party add-ons. Since QuickTime is built into the OS, browsing libraries of videos in different formats is better.

In terms of compatibility, I had no problems with a series of applications I tried: Microsoft Office 2008, a six-year-old version of Adobe Photoshop, even applications that use low level I/O, such as Amadeus Pro and Audio Hijack. Both required updates last time around. The only software that couldn't run was one called Blogo.

I like Snow Leopard, and found moving back to Leopard quite surprisingly painful. Was it really so slow? It didn't feel so a week ago.

There's some controversy about how "64-bit" this upgrade really is. I have no complaints about compatibility, and 10.6 promises to be a much smoother upgrade than going from 10.4 to 10.5. Leopard proved to be an excellent release in the end, but many people experienced driver issues and other gotchas.

By setting expectations low for its successor, and with a price to match, I'm sure a lot of people are going to be pleasantly surprised. If performance matters, it could be $29/£25 very well spent. Too bad G4 and G5 hold-outs don't get their own optimised version - they need it the most. ®