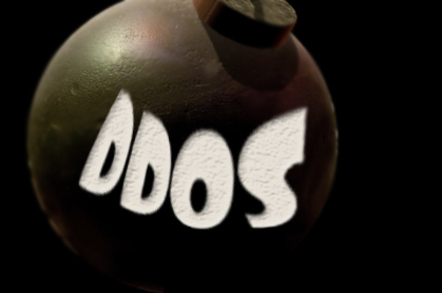 Federal prosecutors accused a Pennsylvania man of unleashing a crippling series of attacks against the websites of Rolling Stone and other groups after they published articles that cast him in an unfavorable light.

Bruce Raisley carried out the DDoS, or distributed denial of service, attacks by infecting computers with software and then directing them to overwhelm the websites with a torrent of traffic. During the height on the attack on Rolling Stone in July 2007, requests for the unflattering article skyrocketed from a "few page requests per day to millions of page requests per day, causing the website to experience significant slowdown," an FBI agent wrote.

Raisley entered a plea of not guilty during a brief court hearing on Tuesday afternoon, according to Erez Liebermann, an assistant US attorney handing the case.

Other websites that were attacked over an eight-month period included Perverted Justice, Corrupted Justice and Super Patriot. The sites carried one of two stories detailing the actions of a group known as Perverted Justice.

Both articles recount the same story of an online relationship Raisley was said to have begun with someone he believed to be a woman named Holly. According to the articles, Holly turned out to be Perverted Justice leader Xavier Von Erck, who carried out the masquerade in a public campaign to exact revenge on Raisley. According to the complaint, Raisley was a volunteer with Perverted Justice in 2004.

Investigators tracing the origins of the attacks got a major leg up after discovering that one of the computers carrying them out belonged to the Academic and Research Network of Slovenia, which among other things helps run the Slovenian Computer Emergency Response Team.

CERT members were able to reverse engineer the bot and discover it was reporting to dosdragon.com and n9zle.com for instructions about which websites to attack, a finding that was later independently confirmed by members of the US CERT. (If the bot was unable to reach the command and control channels, it was instructed to DoS a static list of sites). FBI agents later discovered that both domains and their IP addresses were under Raisley's control, according to court documents.

During a March 2008 raid on Raisley's Monaca, Pennsylvania home, agents confiscated a memory stick that contained copies of the bot software. A hearing in the case is scheduled for July 20. ®

Yes, this is our third Cisco story of the day. It's about 23 bugs you need to fix, stat

Troll your WebEx-loving execs with a crafted recording file

No, the Mirai botnet masters aren't going to jail. Why? 'Cos they help Feds nab cyber-crims