Leccy Tech British sportscar maker Ginetta has announced plans to enter a leccy version of its G50 vehicle into the Hill Climb race at the upcoming Goodwood Festival of Speed. 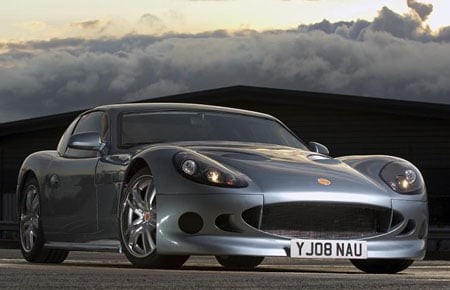 The Goodwood Hill Climb’s a 1.16 mile course through the grounds of Goodwood House in West Sussex. The current record holder is F1 driver Nick Heidfeld, who hustled a McLaren Mercedes MP4/13 to the course’s end in 41.6 seconds back in 1999.

Two G50 EVs will tackle the climb; one driven by Ginetta’s Chairman, Lawrence Tomlinson, and the other by Ginetta G50 Cup race series driver Richard Sykes.

Ginetta’s keeping most of the technical details about its G50 EV a secret for now. But the firm has said that the vehicle features three battery packs and a single Zytec electric motor.

The G50 EV’s capable of covering 250 miles on a full battery charge and has a top speed on 120mph, according to Ginetta.

The leccy racer’s been in development at Ginetta's factory in Leeds for over 18 months now. UK G50 EV production is planned, but the firm’s keeping mum about a launch date or price.

Reading between the lines, though, the G50 EV’s scheduled appearance at Goodwood could be a strong indication that the car’s UK launch date could be sooner rather than later.

The annual Goodwood Festival of Speed gathering of petrol heads will take place between 3 and 5 July at the Earl of March's gaff in Chichester, West Sussex. ®