Packets are held by each hub - now more like network routers than port duplicators - using a store-and-forward methodology which allows links to be deactivated when they're not in use. Links are deactivated by the device at the end of them if it's informed that no packets are pending. So devices which aren't involved in passing data can power down. USB 3.0 uses low-frequency pulses to allow one device to tell another that it needs to wake up. 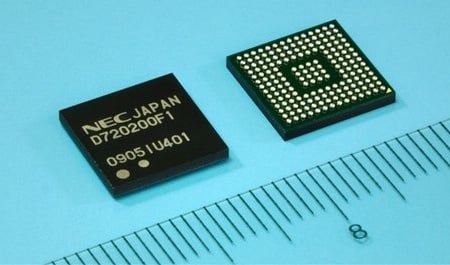 Devices may power down entirely, but USB 3.0 also allows them to switch themselves off bit by bit, powering down portions of their circuitry that are not in use. It's called a "function-level suspend" in the jargon.

USB 3.0 may not broadcast packets, but it does gain the ability to stream data. Built on the SuperSpeed equivalent of the existing bulk data transfer mode, streaming makes it easier for, say, a user to play a movie on a USB 3.0 device connected to his or her computer. Right now, that's done by essentially copying chunks of the file across the link. That's because the USB Mass Storage device class was originally designed with file stores in mind from which files would be copied back and forth rather than read directly.

Streaming addresses that by extending USB 3.0's Mass Storage technology to make it operate connected drives operate more like the host PC's own storage, eliminating or reducing the performance bottlenecks imposed by the current Mass Storage class. Making the data easier to get makes for a more efficient system that's less taxing to the hardware resources available.

Devices that draw their power from the bus now have access to current of at least 150mA - the "unit load" - with some 'configured' devices - ones that announce they're high-power peripherals - able to draw 900mA, 80 per cent than they could under USB 2.0.

That just leaves operating system support. Microsoft is keen on USB 3.0, an SuperSpeed will certainly be supported by Windows 7, though you may have to wait for Service Pack 1 for it. Support for Vista in due course is possible, but we suspect the drive to 7 will negate the need for it.

We can't see XP getting USB 3.0 code. By the time USB 3.0 ports are to be found in netbooks, they'll be running Windows 7 anyway.

Work is already under way to add USB 3.0 support to Linux, but it's the nature of the open source OS that this is likely to remain experimental for some time. The USB 3.0 spec is available, but Intel's reference design for USB 3.0 Host Controllers isn't, at least not without signing and NDA. That will change soon, we think, and work will progress, but it's going to take some time to adapt all the USB class drivers to tune them for USB 3.0.

Most of the way there: the SuperSpeed roadmap

As for Apple, it hasn't addressed the matter, but we'd say it's working on the technology, given its keenness on the Universal Serial Bus and general desire to be seen to be adopting technologies like this ahead of the curve.

But whichever OS you prefer, USB 3.0 is likely to take a while to bed down. Features may be initially absent, and devices may emerge that require code tweaks to be fully supported. We saw this in the early days of USB and we'll likely see it again. ®