Another 0.03% of Blighty goes wind powered

The very fact this is news shows it isn't happening 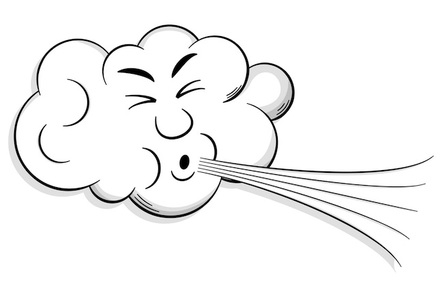 The largest onshore windfarm in Europe goes fully on line today, and a massive offshore scheme in the Thames Estuary will now move ahead. But experts have warned that many hundreds more such projects will be required - at massive cost to electricity users - if the UK is to shake its dependence on fossil fuels.

The onshore project coming into operation today is the Whitelee wind farm near Glasgow. Its owners, according to the BBC, "estimate the wind farm can generate enough energy to power 180,000 homes", but of course it can't do any such thing.

The Whitelee farm is rated at 322 megawatts maximum capacity, which means that at a typical UK onshore-wind load factor of 0.3 it will yield 846.2 gigawatt-hours each year. A typical UK household as of 2001 uses 0.024 gigawatt-hours annually, so Whitelee actually produces enough energy to power 35,000 homes - not 180,000*. Put another way, the windfarm will produce approximately 0.03 of one per cent of the UK's total energy requirements**.

Professor David MacKay of Cambridge University - the author of an authoritative book on what it would take to power a carbon-free Blighty - told the Beeb that building Whitelee was only a baby step in terms of national power requirements.

"That's the scale of the building challenge we have if we're serious about getting off fossil fuels."

The government has recently announced strong new incentives for offshore windfarms, by decreeing that such projects will generate more Renewables Obligation Certificates (ROCs) than landbased ones. This means that investors in offshore wind can be sure they'll make money: the increased payoffs for the money men are covered in the end by rises in the price paid by electricity users - in effect, a hidden half-billion-pound tax.

The new government-mandated price hikes seem to have been sufficient, as the partners behind the London Array offshore scheme have now announced that it will go ahead. The Prime Minister was glad to hear it, saying:

"The London Array is a flagship project in our drive to cut emissions by 80% by 2050 and meet future energy needs."

This is rather a small flagship, though. The Array is better than three times the size of Whitelee, but even so it will supply barely a thousandth of the UK's energy needs.

Stories like today's will need to become non-events, too small to make the news, if the UK is ever to get a serious proportion of its energy from wind. ®

*It now seems to be standard practice by those promoting renewable powerplants to pretend that supplying typical present-day electricity requirements is the same as supplying all the energy used in a home. But in fact most household energy is consumed in the form of gas or heating oil, for the purposes of heating, hot water and cooking. If we are ever going to move away from fossil fuels, we'll need to use electricity for those things as well - and for transport, too.