Dell is now offering a 10in netbook for a pound under 200 quid.

The Inspiron Mini 10v lacks the internet tablet-oriented Intel Atom Z-series processor of the existing Mini 10, replacing it with the Atom N270. 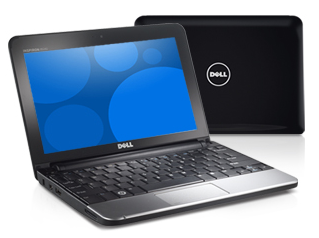