Getting a friend to hold your handset near the guitar as you jam isn’t the best way to record your musical prowess for posterity. So a design firm’s drawn up plans for a mobile with music at its heart. 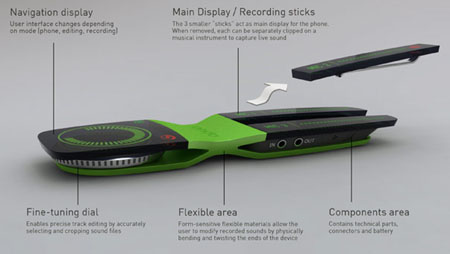 Ondo: capture, edit and send music with one phone

Ondo’s been described by firm Pilotfish as a “music editing phone concept” suitable for anyone who wants to capture and edit music using their handset.

The phone’s pull-apart construction means that if, for example, you wanted to record yourself singing or playing the drums, then all you’d need do to capture the sound would be to snap off one of the phone’s recording “sticks” and then clip it onto the sound source.

Pull off 'sticks' act as microphones

A graphic equaliser would be displayed on each stick's touch-sensitive OLED panel when capturing sound. Files could be sent to friends as an MMS.

When a call comes in, a single image of the caller would be displayed across the three sticks. 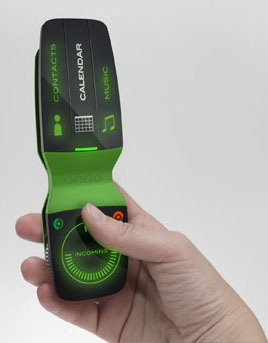 A bendy middle section would let you edit track sounds

Sticks aside, Pilotfish said Ondo would also have several other music features. For example, it would have a bendable midriff for modifying tracks by twisting and bending, wah-wah pedal fashion. 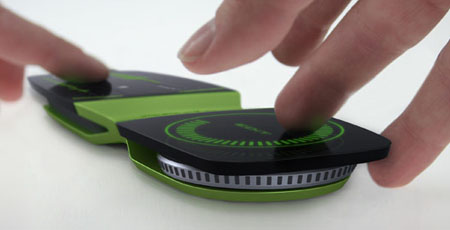 Pilotfish told Register Hardware that a working model of the phone could be developed within three to five years, but because the firm doesn’t yet have a production partner there are no plans to do so. ®