Fujitsu has developed a USB memory stick ideal for anyone prone to mistakenly leaving sensitive documents lying around on trains. Why? Because this Flash drive has a self-destruct mode. 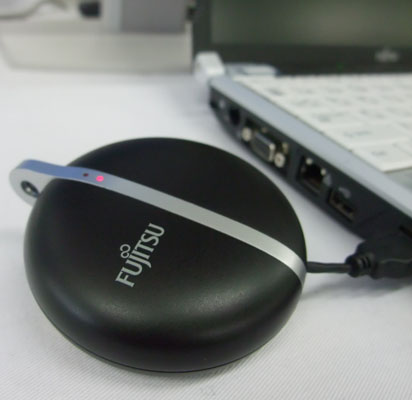 The secure USB drive is still a prototype, but Fujitsu said the storage device – which also contains a processor and battery – will automatically erase its entire memory after a user-set period of time, such as 24 hours.

Alternatively, the drive can be set to automatically wipe its contents if plugged into an unregistered computer.

But if you don’t fancy wiping the drive’s contents then its alternative “file redirect” technology helps prevent access to its data altogether.

For example, anyone who found the drive lying around wouldn’t then be able to plug it into their PC and look at or copy your private files.

Quite why you wouldn’t opt to just have the drive wipe its memory in the event of you losing it seems odd, but we guess that if Fujitsu put a GPS chip inside then you could potentially track it down and retrieve your data safely.

A launch date hasn’t been announced. ®