'Danger, Prime Minister! Do not trust the economist!'

Brain brainboxes in America and the Netherlands have come up with two significant pieces of research this week. Doubt is cast on any hopes for an early recovery from the present global economic crisis: but then a ray of light appears from another direction. 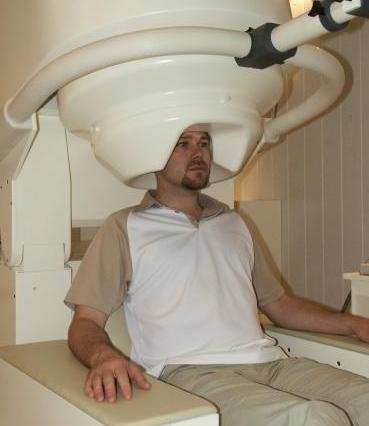 A clue as to why the economy is in the toilet?

The gloomy news comes from Atlanta and Holland, where scientists have been monitoring people's brains using magnetic imaging while the subjects were receiving financial advice from experts - rather as though they were finance ministers or heads of state being briefed on how to cope with econo-meltdown.

It turns out that the process of being spoken to by finance experts has terrible effects on the human brain. According to Gregory Berns of Emory University and his collaborators:

Study findings show that expert advice suppresses areas of the brain responsible for making value judgments. Conversely, those regions of the brain show activity when outside advice is not involved in the decision-making process.

Berns, professor of "neuroeconomics", says that in effect the brain reliquishes responsibility while being advised by experts.

"The problem with this tendency," says the prof, "is that it can work to a person's detriment if the trusted source turns out to be incompetent or corrupt."

Other brainbox brainboxes, however, offer news of a development which could counteract this chilling syndrome. Dutch and US-based researchers, scanning other volunteers' bonces using magnetoencephalography (MEG) scanners, believe they have detected a particular brainwave pattern which signals when people have taken their eye off the ball and are about to make a major mistake.

"What I was looking for was the state the brain is in before a mistake is made," says Ali Mazaheri, now of the UC Davis Center for Mind and Brain and formerly at the Donders Institute for Brain, Cognition and Behavior in the Netherlands.

Mazaheri and his colleagues believe that MEG machines could be set up to automatically spot when a given human brain had switched into neutral and was about to fluff it bigtime. They envision this kit being used at air-traffic controllers' consoles, for instance; but in light of the economic-decisions news out of Atlanta it would seem that such gear might be even better employed at global summit meetings and the desks of finance ministers - particularly whenever briefings by experts are on the cards.

If miniaturised somewhat into the form of a portable battery-powered hat (according to the pic it is still rather cumbersome) the blunder-warning machine could issue an audible warning whenever an important decision-maker was about to plunge us all into trouble.