Third e-bike to line up for 'zero-emission' TT sprint

Enertia humms up to starting line

'Leccy Tech As the date of the world's first “zero-emission” bike race - the TTxGP - approaches, news of another machine that will line up alongside the Mission One and possibly the TTx01.

Oregon-based Brammo has announced on Twitter that it will bring its Enertia e-bike to the annual Manx two-wheel thrash and take part in the world's first race solely for electric motor cycles. 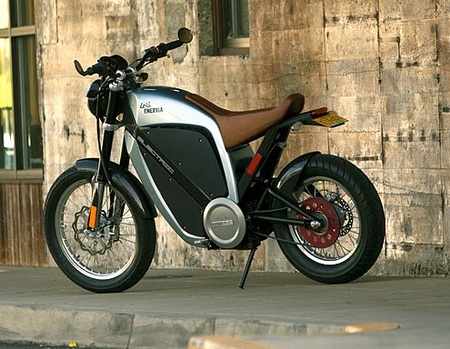 Perusing Brammo's spec sheet, we see that the Enertia is powered by a 240A 3.1kWh lithium phosphate battery which powers an electric motor with a peak power output of 13kW (18bhp) and that generates 28lb ft (38Nm) of torque - that latter a figure not dissimilar to that claimed by KTM for its Electro Enduro.

According to TTxGP, the race – well, time trails, to be more accurate – will take place on the Mountain Course. That being so, the Enertia's maximum range looks perilously close to the track length of 37.733 miles. Presumably they will be bringing along a bigger battery pack for the day. 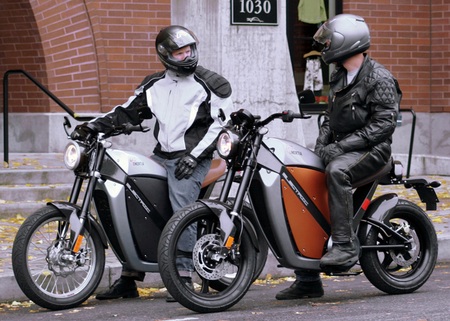 No matter which model you go for, we reckon that's quite a pile of cash for some pretty limited performance.

The single-lap TTxGP will take place on Friday, 12 June, if anyone finds themselves on the Isle of Man and at a loose end on the day. ®