The workplace sometimes resembles a warzone, so if you’re going to survive you need a laptop with Ballistic Armour Protection – at least according to Dell. 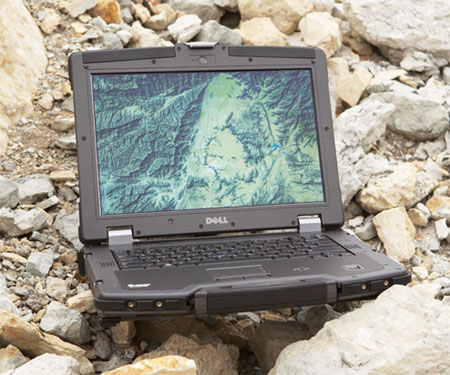 The PC giant’s latest rugged laptop – the Latitude E6400 XFR – can rise to “the challenges you face every day” because its chassis material apparently has twice the impact strength of traditional magnesium alloy.

For example, the machine can survive drops of up to 1.2m (4ft) and is protected against harsh office conditions that include liquids and the dreaded “blowing dust”.

The machine’s 14.1in, 1280 x 800 LCD has been designed so it’s readable in direct sunlight and is also available as a touchscreen. Graphics are handled by an Nvidia Quadro NVS 160M graphics chip.

An Intel Core 2 Duo processor also sits shielded by the PC’s rugged shell. The 5400rpm, 120GB HDD is protected against shocks, but you can opt for a 128GB solid-state drive instead. 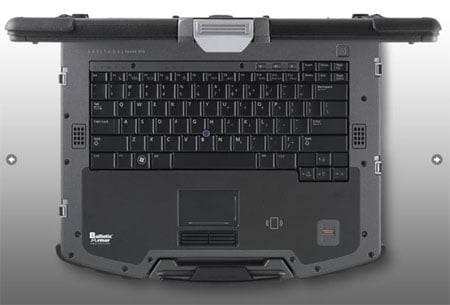 Not a machine for Blu-ray movie fans

Dell has set the E6400 XFR up for web over a wireless or Ethernet, but you’ll have to pay extra to get Bluetooth included. A model with a built in SiRF Star III GPS receiver is available in May.

Everything else is standard issue. The laptop has four USB ports, a DVD combo drive and five-in-one memory card reader.