Data Protection Act 'is not enforced' 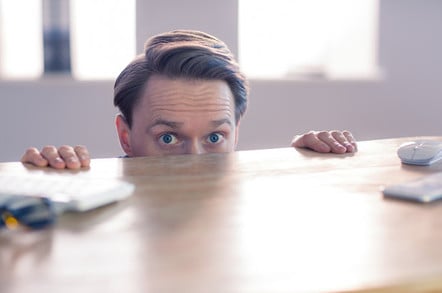 A subject-matter expert has said that "there is effectively no enforcement" of the Data Protection Act, and suggested that corporate data losses or breaches are even more prevalent than in the public sector.

Andrew Sharpe, partner at London law firm Charles Russell, practices in the field of technology and telecoms law. He also lectures and consults, in particular for the government. In addition to his legal qualifications, he holds a degree in electronic engineering and spent several years working on data and communications in the RAF. Yesterday evening, he was a panel member for a debate entitled "Privacy in the Digital World", hosted by the government's Engineering and Physical Sciences Research Council.

During the debate, Sharpe said that companies were probably losing at least as much confidential and personal data as the government was.

"The public sector is leading the charge [in data loss]" he said. "But just because people are in the private sector, does that mean they never lose a memory stick? I think not."

Sharpe argued that there was no incentive for a corporation to disclose that it had lost people's data, and so generally such news doesn't become public. "Usually they just hope that memory stick just stays there, down the drain in the carpark or wherever they dropped it," he said.

Even where a UK firm was caught bang to rights losing or revealing data there was little comeback, said Sharpe.

"If somebody loses your data, or leaks it, or gives it to someone you didn't want to have it, don't come to me - don't expect the law to do anything... there is effectively no enforcement."

Other panel members included Tom Ilube of online-ID security firm Garlik, semantic-web prof Dame Wendy Hall and Jim Killock of the Open Rights Group. All agreed that digital privacy was a hot-button issue, and suggested that in many countries there was effectively no debate. The fact that there is a debate in the UK was seen by Ilube, for one, as a "major opportunity" for the UK - naturally enough he thought that privacy combined with useful online access could be big business, as that's what his firm sells.

Even so, nobody seemed to have a firm idea of the right balance between information being useable and accessible and people's rights to privacy - or even to make a mistake without having it recorded for all time. The strategy of "digital nudism" - simply exposing all your information on the web and not worrying about it - was widely rubbished, but the assembled experts also gave it as their opinion that some online/net presence and conspicuousness was unavoidable.

"People ask me sometimes, how do I go off the grid, disappear?" said Ilube.