The last bag of Woolworths legendary Pic'n'Mix has popped up on eBay, the Telegraph reports. 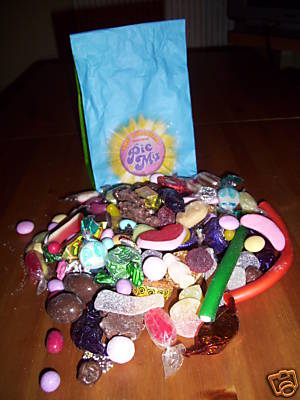 The 800g bag - containing faves such as fizzy cola bottles, white mice and rhubarb & custards - was bought by Ed Adams, former manager of Woolies Petts Wood branch. He explained: "I spotted at least a bag's worth of Pic N Mix was left in the counter just before I closed the shop for the last time."

He continued: "I then decided to bag it up before contacting Retail Trust to see if it could be auctioned on their behalf. I hope the auction raises funds to go towards the Retail Trust Helpline, which is a lifeline for retail workers and their families during these difficult times."

Good show. The auction ends tomorrow, and had as of around 3pm this afternoon attracted a top bid of a tad over £360. ®

For the record, the bag has been "officially certified by Woolworths' administrators, Deloitte, as the last one". A spokesman confirmed: "The administrators of Woolworths PLC have consented to the sale of this item for the benefit of Retail Trust."