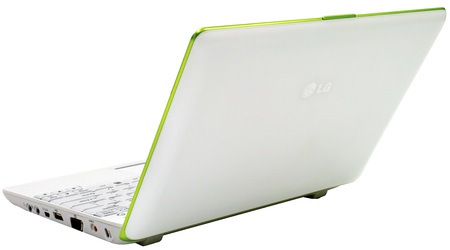 So we assume: LG didn't say, so we're guessing the X120 is the X110 with the addition of a green edge and an internal 3G modem card.

LG did say the X120 will have a 1.3Mp webcam and "SRS WOW HD and TruSurround XT bring stereo effect sound".

It'll also be equipped with Smart-On, quick-fire 'load-in-five-seconds' UI that provides you with a web browser, MP3 player, photo viewer fast. So there will be a little bit of Linux in this machine.

Update
French-language website Netbook 3G reckons the X120 is derived from Samsung's NC10 netbook, and has a stack of side-by-side photos to make its case. The two machine's aren't exactly the same, but there are certainly many similarities.