Take the cut, or take a hike 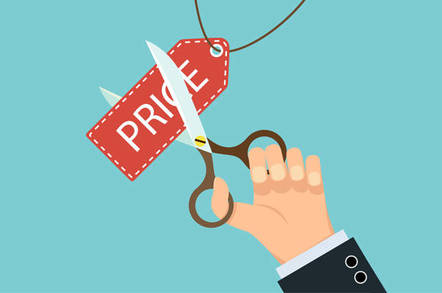 BP is telling its 900 IT contractors to take a ten per cent pay cut or find themselves new jobs outside the company.

The oil company, which racked up £6bn in profits for the last quarter, said that it was writing to all its IT contractors asking them to accept the cut.

A spokesman for BP said: "We're extremely keen to see the benefits of deflation and we're looking at contracts throughout the supply chain - not just in IT. For instance the price of steel has falling sharply - we'd like to see the benefit of that."

An email sent via contractors' agencies made clear there might be more cutbacks in future. The email, seen by The Register, said: "Given the impact of the deflationary economic environment BP is taking the first step to align IT contractor charge rates with the current market conditions. Effective March 1st a 10% rate reduction will be implemented for your contract personnel identified on the attached spreadsheet. Moving forward further benchmarking will be performed to determine if additional action is required."

The mail was sent out on Monday and contractors have just two days to respond.

The contractor who contacted us said he was not surprised by the move, and accepted that rates generally have fallen. But he did object to having a gun put to his head - the email said: "All change orders not accepted by the deadline will be escalated with the intention to source replacements."

Cutting contractor rates is a common way to cut labour costs instead of making people redundant. It runs the risk of irritating all your staff rather than just upsetting the people you lay off. ®

On Earth it requires two diamonds and a ton of pressure

0.4 to 10% of corporate wage slaves could be up for the chop