Samsung has unveiled an eco handset that can be charged using sunlight. 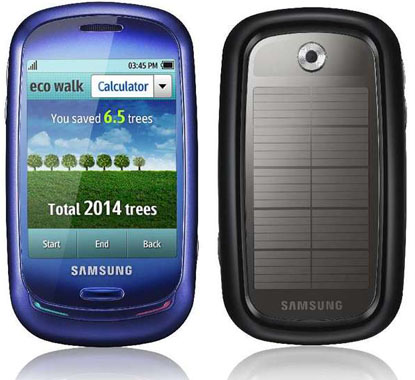 Samsung's Blue Earth phone: has a solar panel on its rear

Designed to symbolise a flat and well-rounded shiny pebble, Blue Earth’s body is also made from recycled plastic water bottles. Samsung’s a dab hand at eco phone bodies though, with its existing E200 crafted from bio-plastic, which is naturally extracted from corn.

Blue Earth does come with a mains charger, but Samsung’s promised that it’s free from harmful substances, including Brominated Flame Retardants, which should score it some points in Greenpeace’s next tech firm eco review. 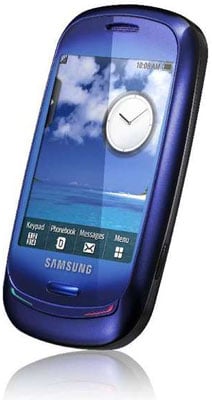 A pedometer’s been built into the phone that helps tell you how many trees you’ve saved by walking to work, instead of hopping in the car.

An energy conservation mode also allows Blue Earth’s backlight duration and screen brightness to be adjusted to save on power consumption.

Specific details about the phone’s technical capabilities haven’t been announced yet, but Samsung’s promised that Blue Earth will be available later this year. ®