Have you seen this Mii?

Look closely at the picture below. Have you seen this man Mii before? Because Japanese police suspect its owner was involved in a recent hit and run incident. 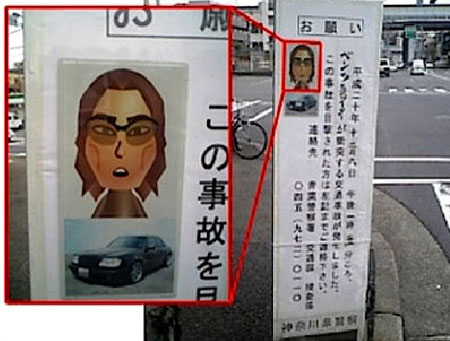 This Mii could have been in a hit and run incident

Cops in the Kanagawa area of Japan have begun sticking up pictures of the Nintendo Mii in the hope that a Wii-obsessed gamer will recognise the drawing from, say, a recent game of Wii Sports.

Register Hardware’s unsure if the Mii is actually taken from the gamer’s account – in which case they should be able to track the gamer down pretty easily – or if it’s just a mock-up of someone seen speeding away from the scene of the crime.

Either way, it simply goes to show how heavily the Wii has infiltrated our culture. ®

But what is the significance of lower clock speeds?