A massive ecosystem of companies and titles has sprung up. Partner companies range in size and add ins supply additional aircraft - from Messerschmitts to 747s - and landscapes and routes that manage to tempt customers into spending hundreds of additional dollars on top of the $50 or so they paid for just the basic Flight Simulator.

Partners feed a dedicated market of enthusiasts and professionals. Such is Flight Simulator's power that in 2007, Microsoft made the basic engine available for use specifically by the civilian and military market as Microsoft ESP, to train pilots, run specific missions, and provide post-flight analysis. Early adopters include Lockheed Martin.

The secret to Flight Simulator's success is that it provided a solid and well-featured platform on Windows for value-add partners like Just Flight and Flight One.

Running on the PC meant that it could serve both enthusiasts and professionals alike. For amateurs, Flight Simulator put flight within their reach. For professionals learning to fly or running specific missions, it meant a relatively low-priced system for their employers.

Version 11 was coming in a year and a half, which would have catered increasingly to a gaming crowd, not just the current enthusiasts and professionals. 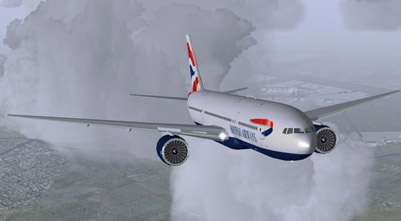 Planned features included voice recognition with air traffic control, first-person mode, a full fledged career mode with a job board and a currency system, a lighter-then-air aircraft class, and skydiving. "We were starting to focus more on the game aspect of it than just the simulation," the ACES insider told us.

All of which would make Microsoft's decision to kill Flight Simulator difficult to swallow. It's particularly hard to swallow when you consider that ACES was a known product with a target audience in Microsoft's home turf of the PC market and that Microsoft has committed itself to spending even more money on new products in a market where the company is weak: ads-based search and services on the net.

According to our ACES contact: "I personally thought with everything that was planned FS11 [Flight Simulator] would have been the biggest improvements and changes Flight Sim [ulator] has every seen."

The problem seems to be Microsoft lost patience with the old and cut budget accordingly. With Flight Simulator 11 one and a half years off: "We weren't going to be bringing new money in right away, even though it was pretty much going to be a guaranteed success," the ACES source told us.

The cut, though, has created a vacuum around Flight Simulator and ESP, into which rivals could now be sucked. All it needs is for partners to re-tool away from Windows and the PC.

Already, there exist cross-platform alternatives to the PC- and Windows-only Flight Simulator, with X Plane for PC, Mac, and Linux and the open-source, multi-platform FlightGear.org. Given the inroads Linux has made in government, it wouldn't take much for companies serving sectors such as aerospace and defense like Lockheed to move over to Linux and open source in the absence of Microsoft - if they haven't done so already. The only thing lacking so far are the add-ins.

Asked by The Register simply whether work on ESP is continuing, a Microsoft spokesman said: "We are currently exploring options for the future of ESP and will announce details at the appropriate time."

If Microsoft doesn't promptly break through this fog and provide more commitment, then it risks seeing partners slowly drift away and the closing of a successful niche. ®